The Great Escape is a festival of many flavours. A cross genre blast of the best new, emerging and even a few established artists, it’s not just a groundswell of indie kids sleeping on a pebbled beach.

Upset camped up by the seaside again this year, with our own stage to boot. While there, we checked out some of the best louder sounds to be found on the south coast. Here’s five from the top of the pile.

Hot Milk have four songs and are playing loads over the weekend, but still, Volks struggles to contain everyone desperate to see the most buzzy of rock bands. Hot Milk don’t play up to the spotlight, but it’s impossible to release a song like the ‘Awful Ever After’ and not turn heads.

Today sees the band spread out into the space, all Paramore-percussion, The 1975 scope for adventure and a glint in their eye, they bristle with confidence and fly through their set with a weightless, untethered freedom. ‘Are You Feeling Alive?’ bounces with the need for something bigger, ‘Take Your Jacket’ is all deliberate play and fresh starts before ‘Wide Awake’ coils and springs with total belief.

It’s what’s carried the band this far, and it’s what’ll take them down the shimmering road that’s calling their name. – Ali Shutler 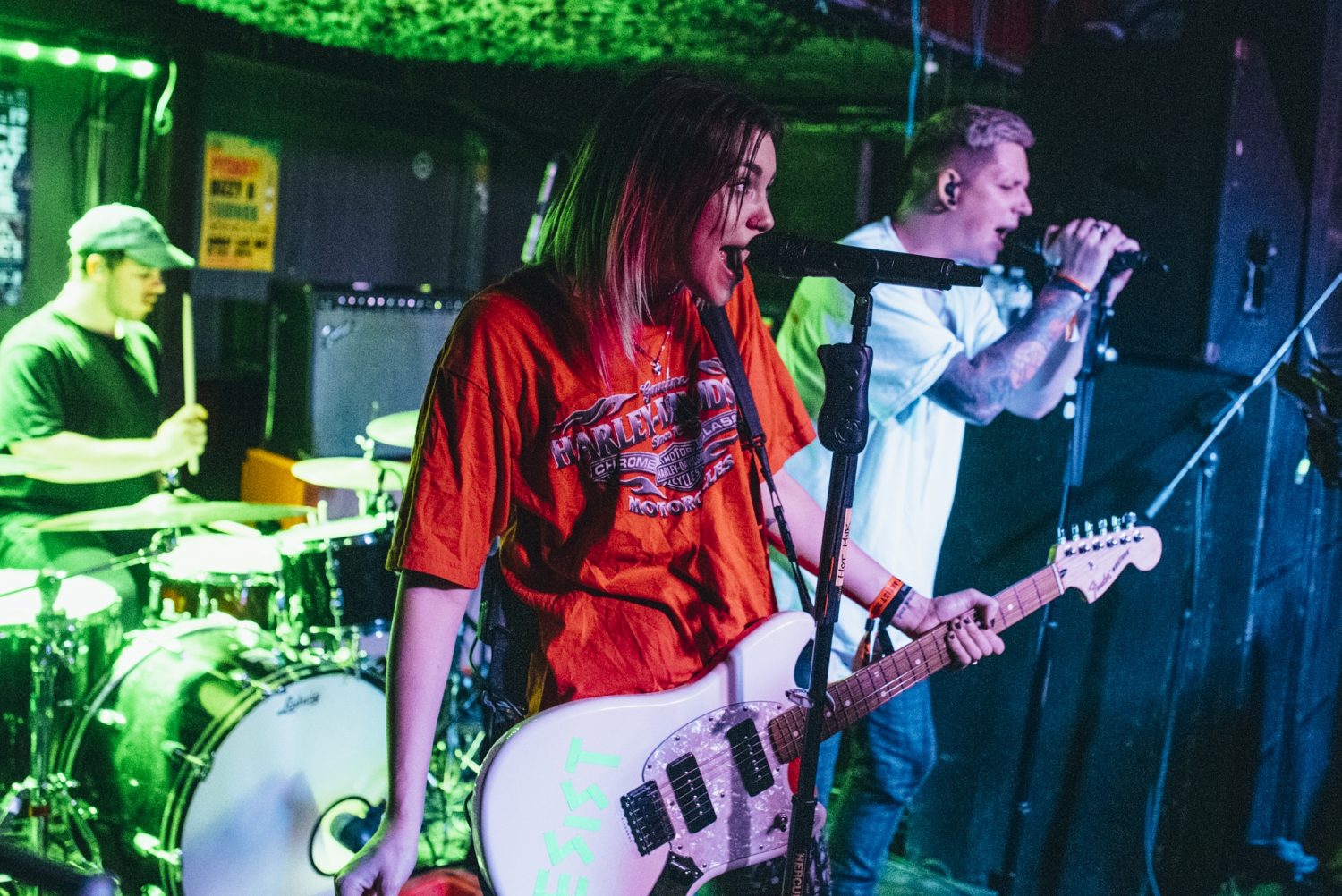 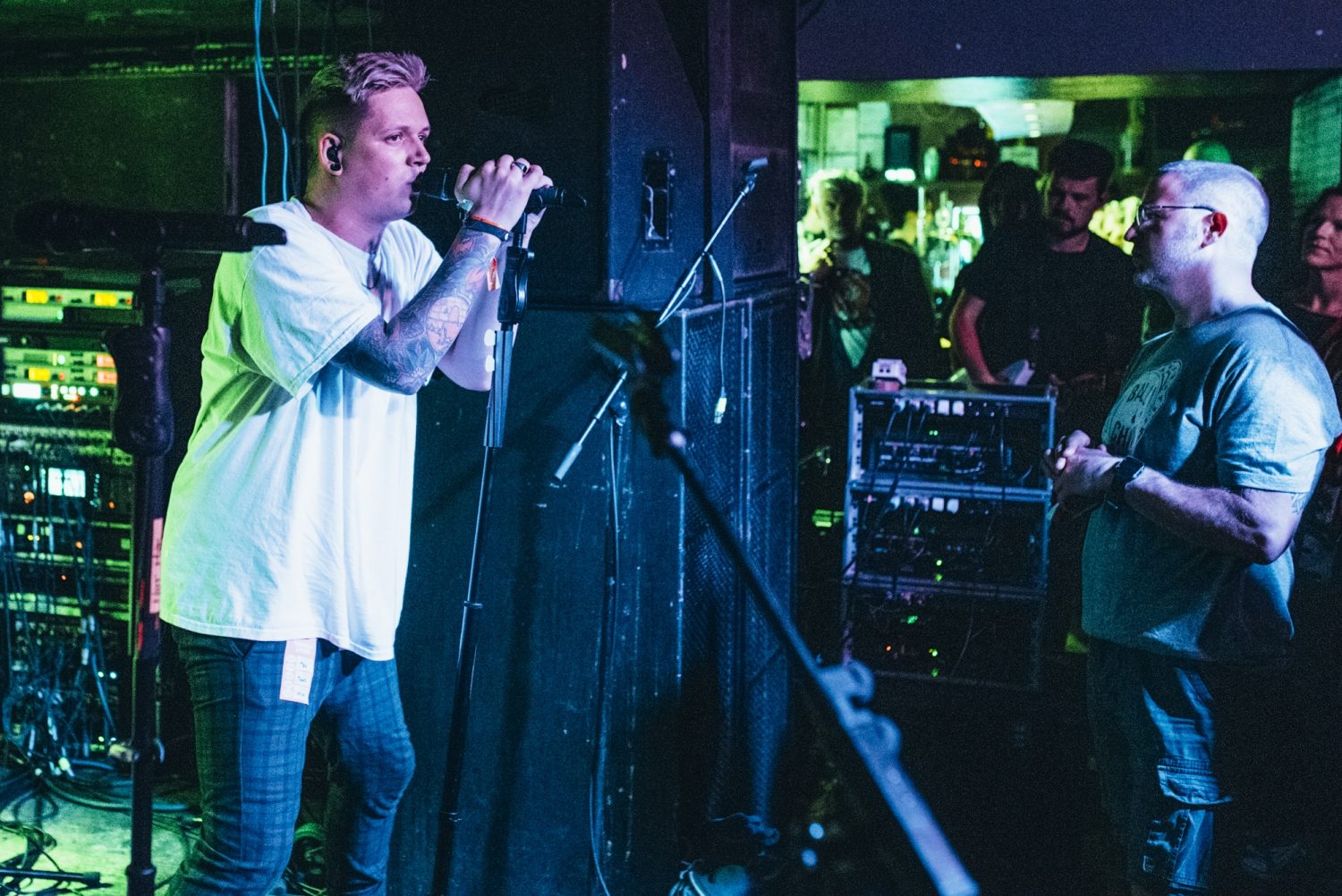 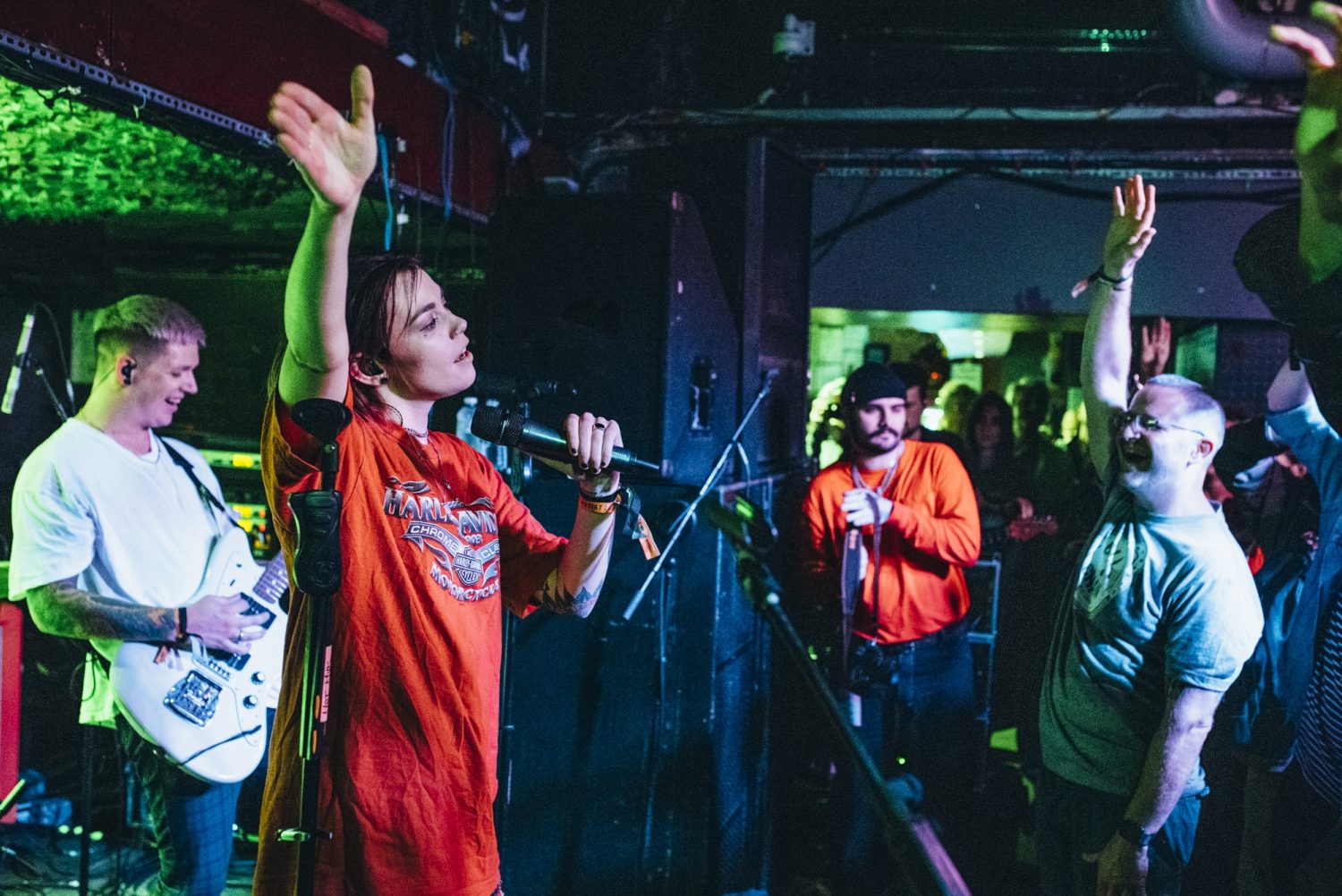 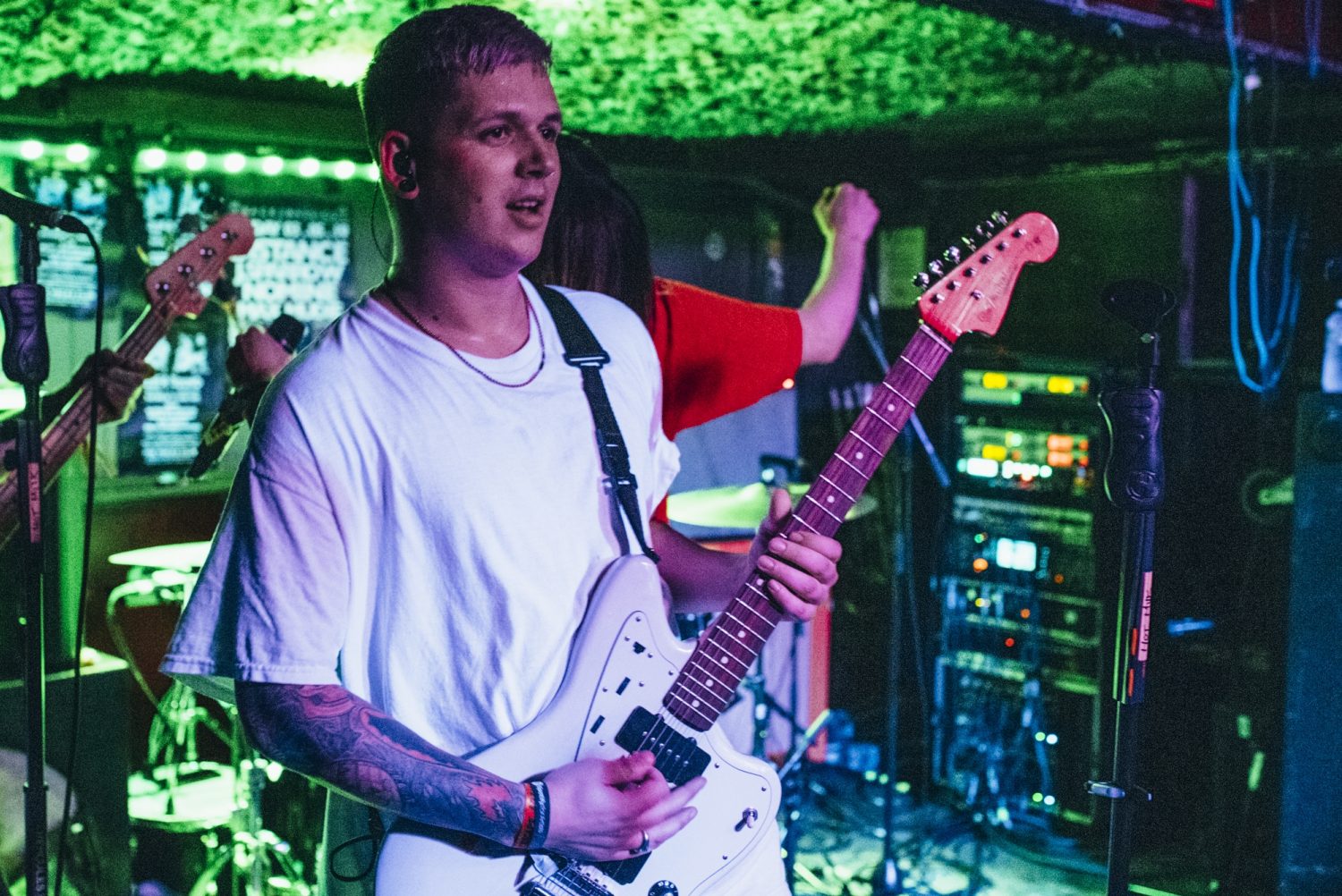 It takes less than a minute of Charly Bliss being onstage before they erupt with the glittering joy of’ Blown To Bits’. Sure, the song is drenched in sadness as endings break hearts, but their determination is a thing of wonder. As for their wonder, that’s turned all the way up.

New album ‘Young Enough’ is a fierce collection of power, aware of the quiet pain but turning it into something loud and full of pride. Live, the title track crackles with vulnerability before it transforms into something epic and firework bright. ‘Capacity’ sees the band dancing in the edge, but looking skyward while ‘Chatroom’ takes dark to light, purging demons and focusing on the power of truth. 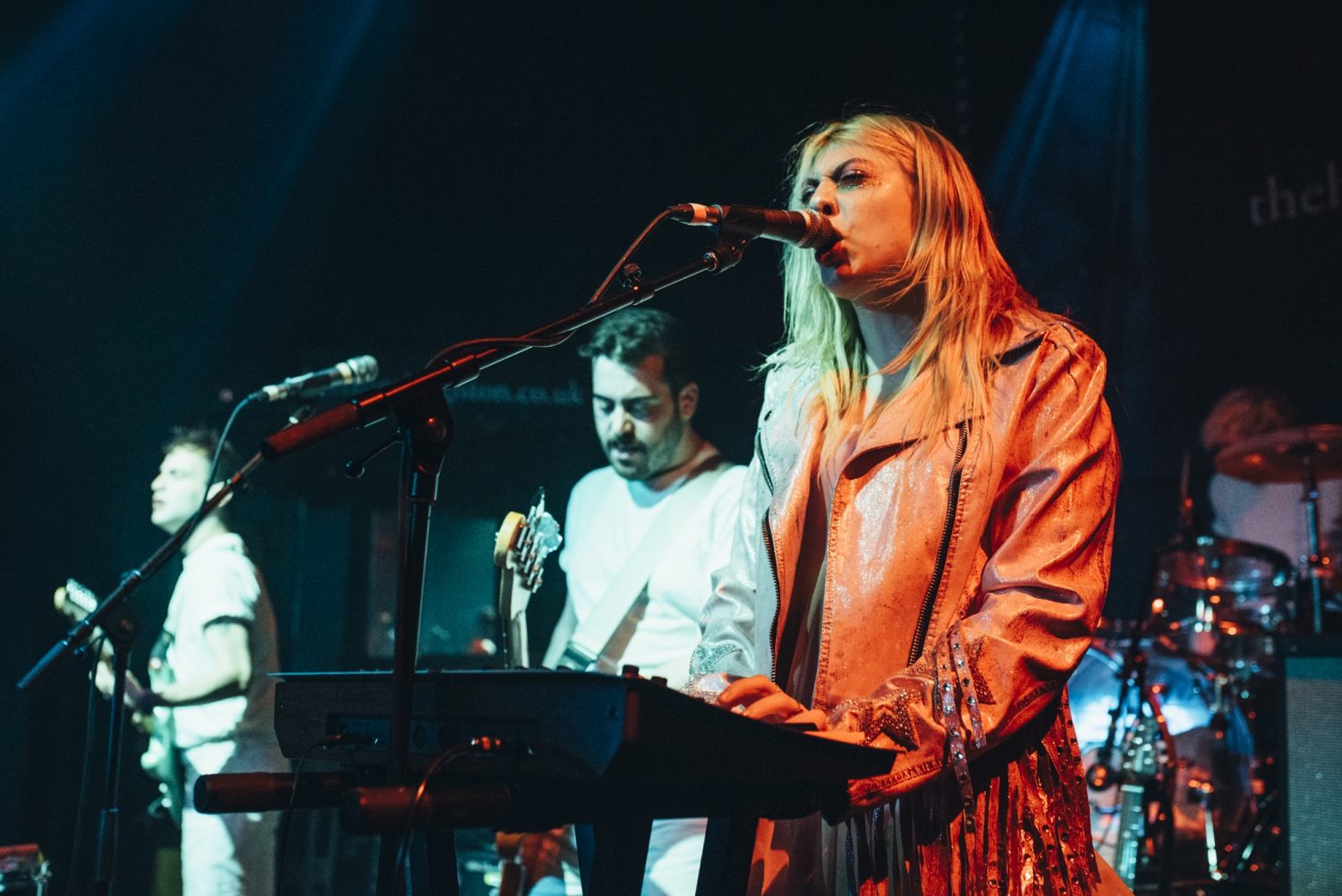 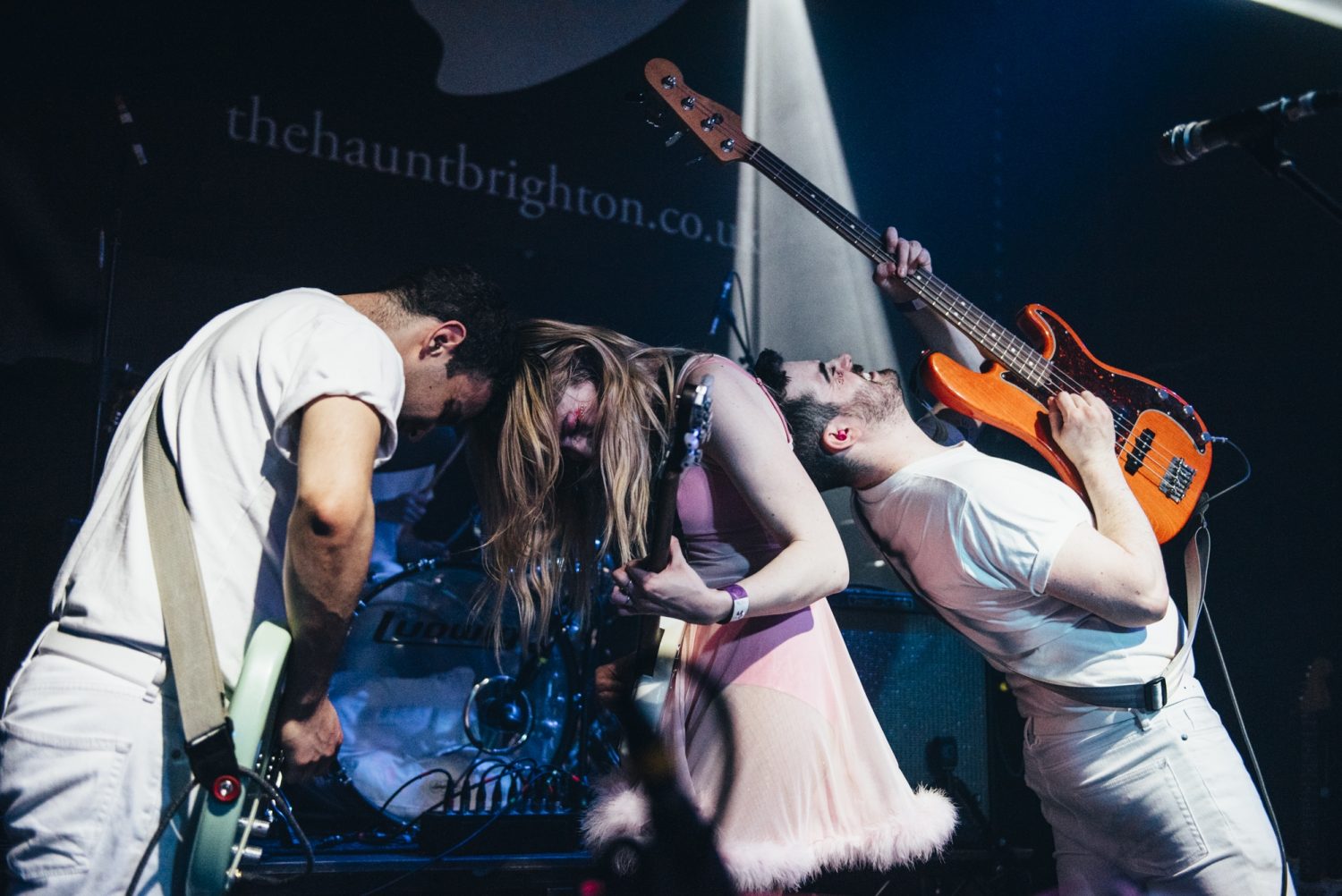 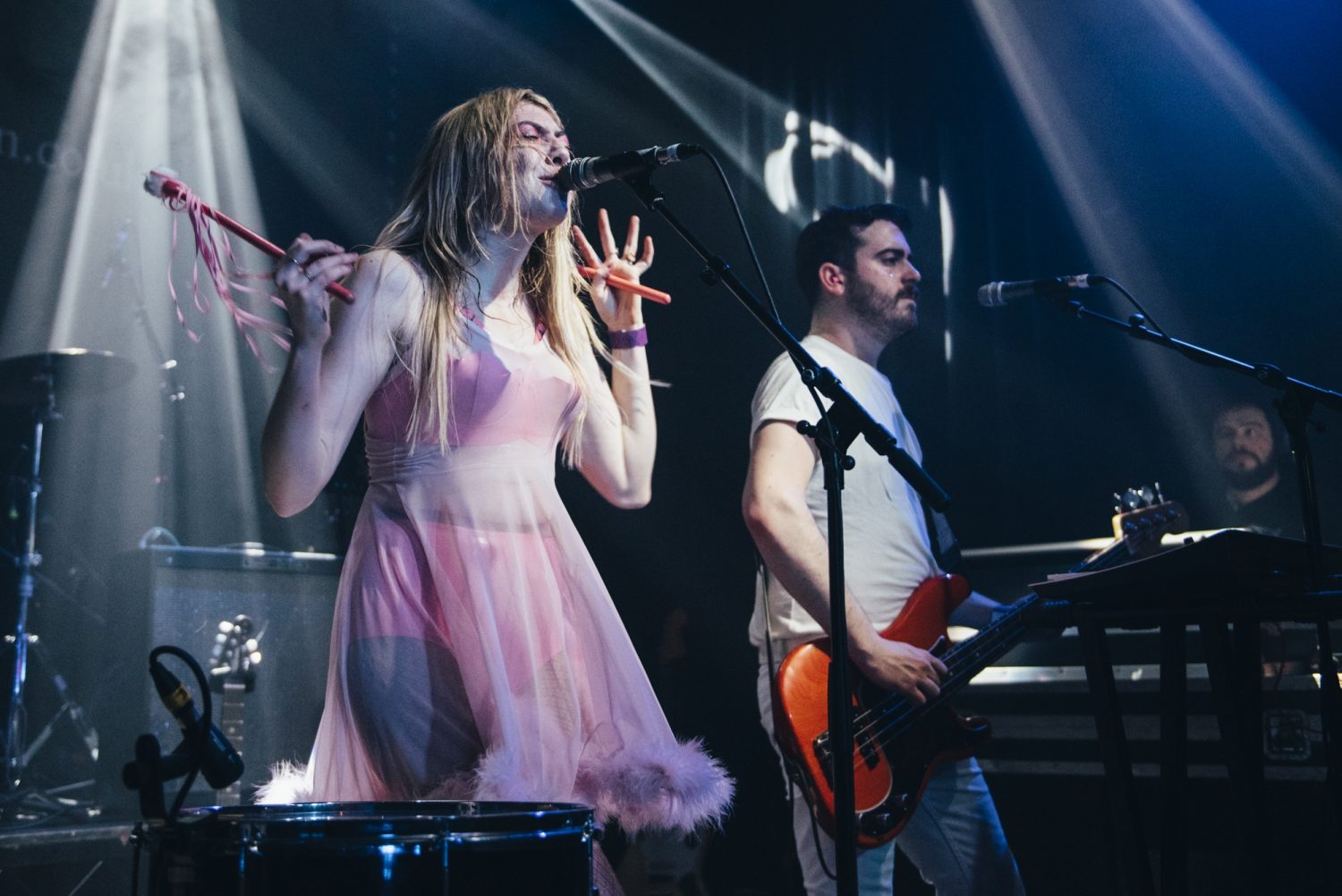 For the flagging punters on a Saturday night, New Jersey’s Can’t Swim provide a welcome shot in the arm, the five-piece cramming themselves into the confines of the tiny Volks as part of Download’s showcase event.

Booming drums tumble over coiling post-hardcore riffs as the American troupe show off songs from last years ‘This Too Won’t Past’. The group’s commitment to their craft belies the cramped venue, bassist Greg McDevitt lunging about the stage to the mighty ‘Not the Way It Was’ and encouraging fans to come forward to share the songs with them.

For all the record’s obsession with evil and confronting demons, in a live arena, the music makes for a cathartic release that, judging by the smiles around the room, has made a few people’s weekend. – Dillon Eastoe 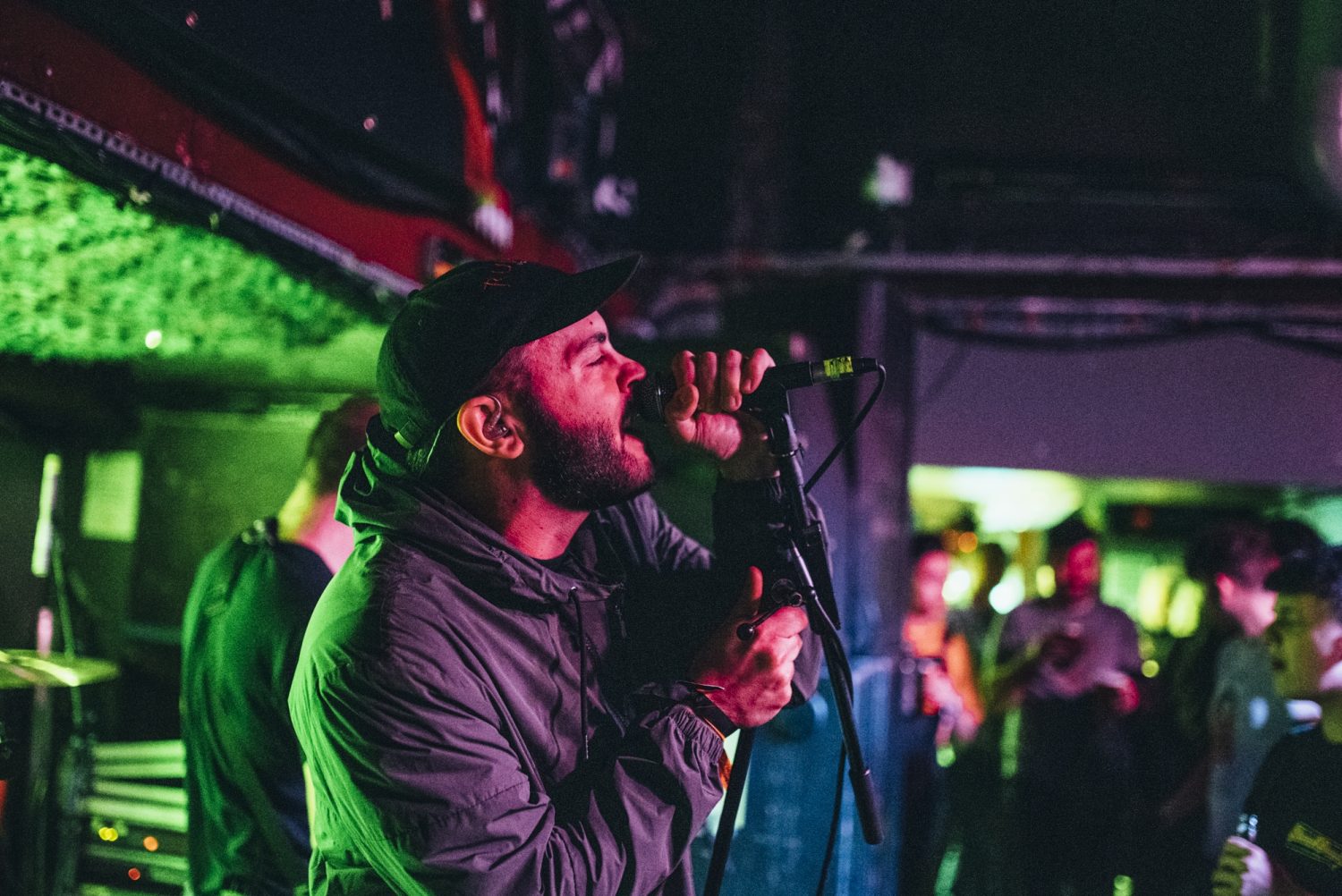 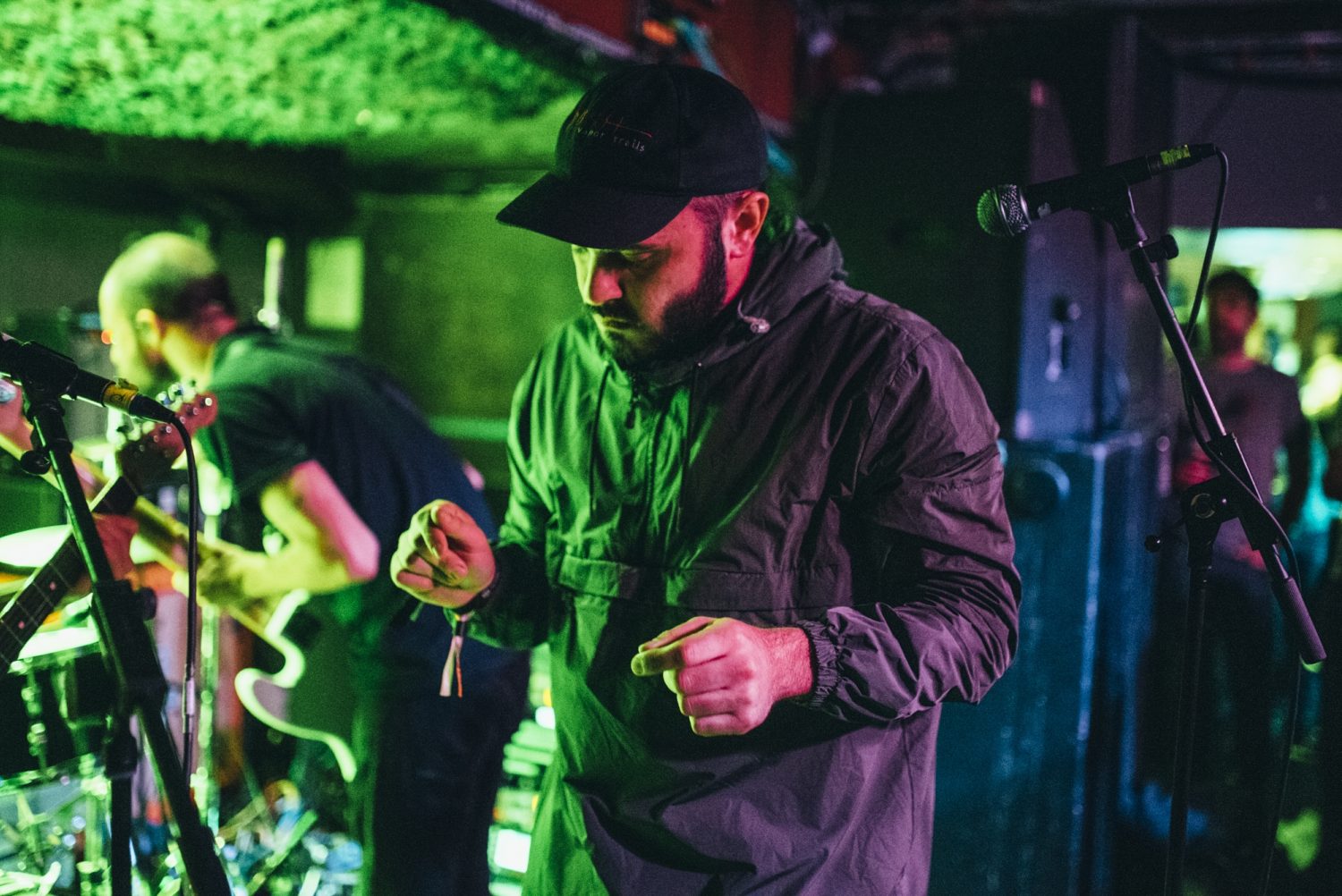 Frank Carter and the Rattlesnakes

On a victory lap following the release of their fantastic third album ‘End of Suffering’ this week, Frank Carter and his Rattlesnakes hit up Hove’s Old Market for one of the most anticipated sets of the weekend. Following a club tour last month, this is surely one of the last chances to catch a band on the edge of a breakthrough in such intimate surroundings. Having pipped ‘The Greatest Showman’ to number four in the charts, tonight is a celebration of the new record, in all its arena-ready glory.

The bulk of the set shows off new songs, with fans already taking the lead on ‘Crowbar’ as Frank hands over his microphone with a look of awe. ‘Tyrant Lizard King’ is a hellish stomp, ‘Angel Wings’ sees Carter aim for the heavens, and old-favourite ‘Lullaby’ prompts a familiar frenzy. The Rattlesnakes’ staples are all there, from a women-only mosh (no crowd-surfing tonight) to attempting to turn the whole room into a circle pit. Having made the move to straddle mainstream rock, bigger rooms surely beckon for one of Britain’s most impressive live acts. – Dillon Eastoe 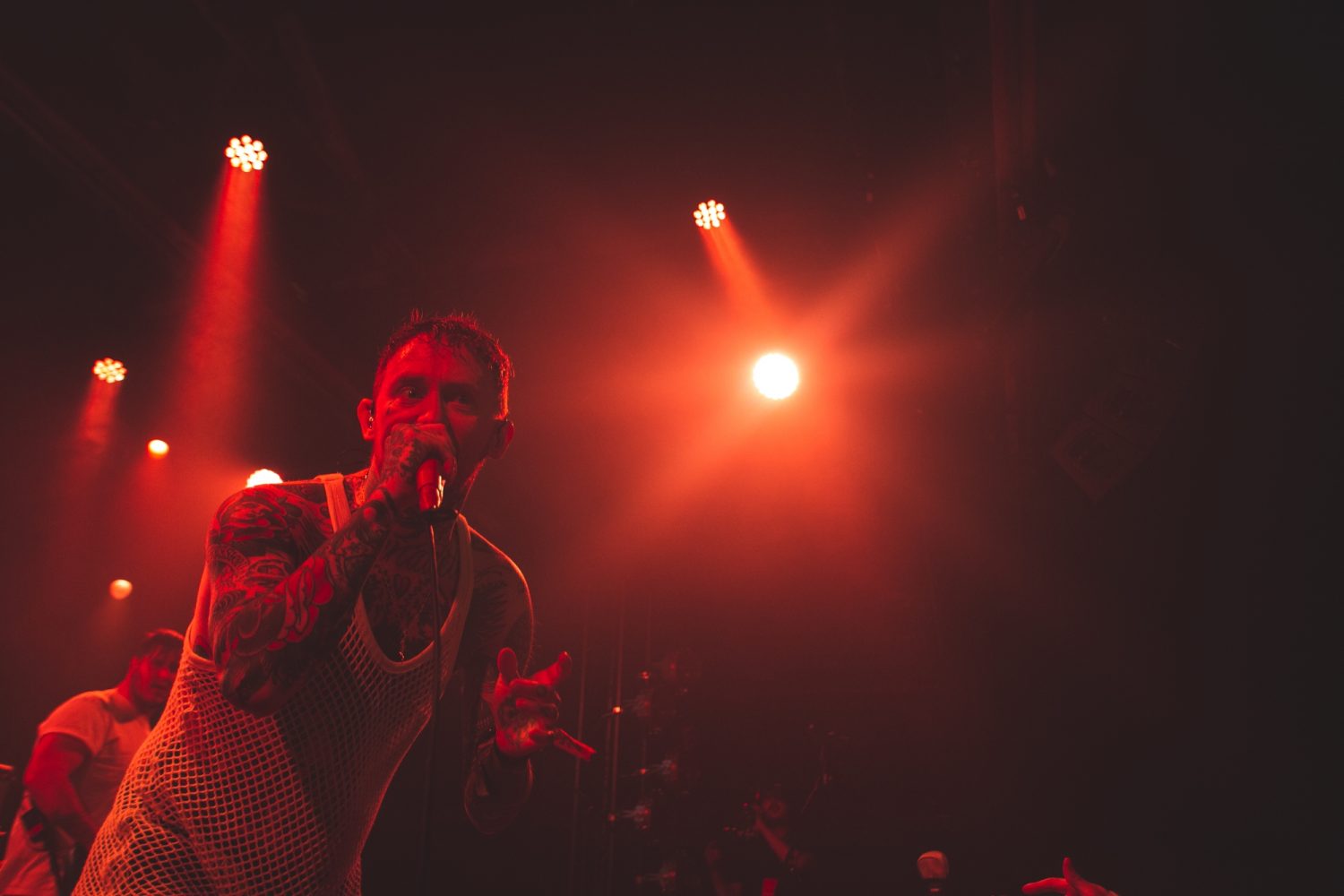 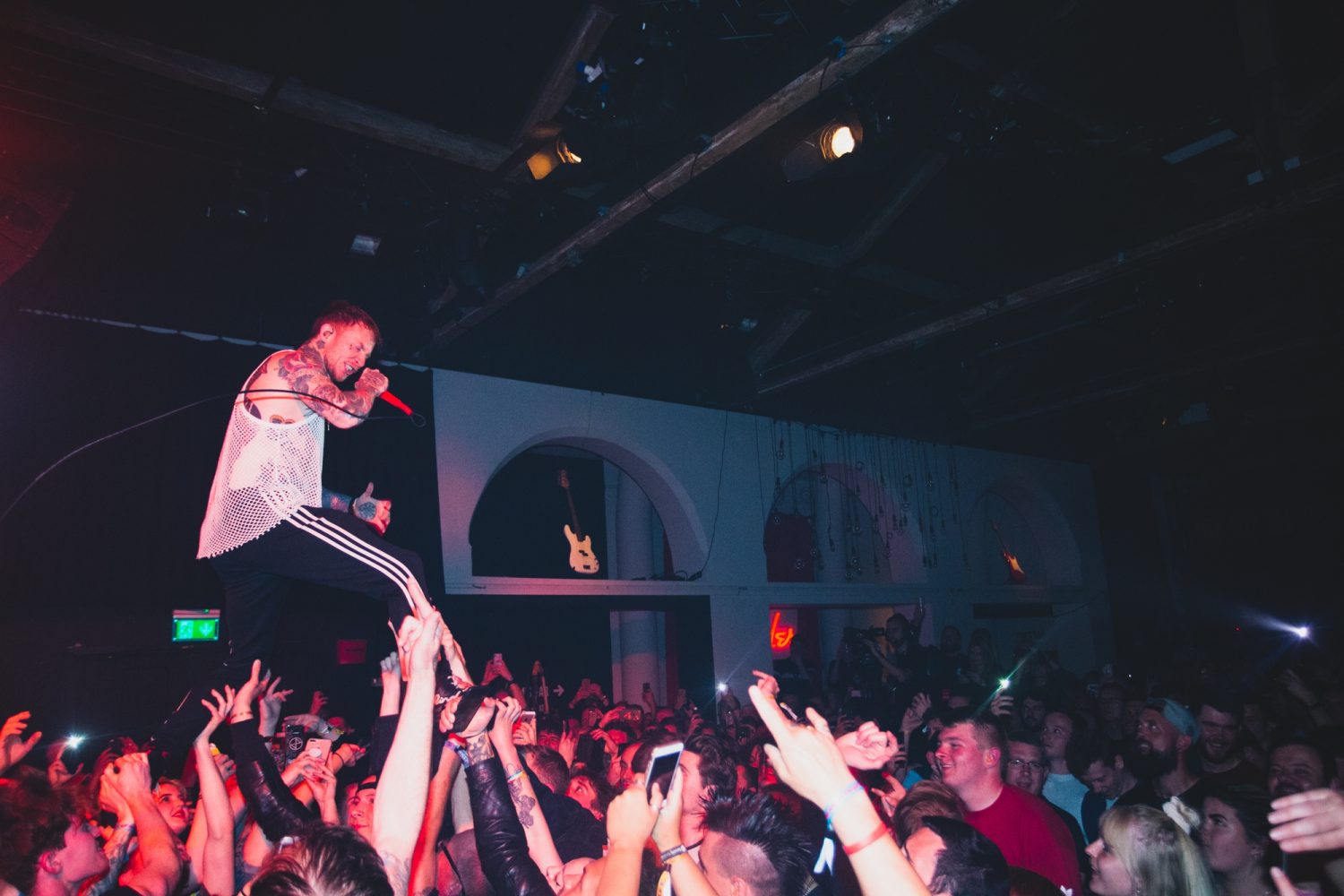 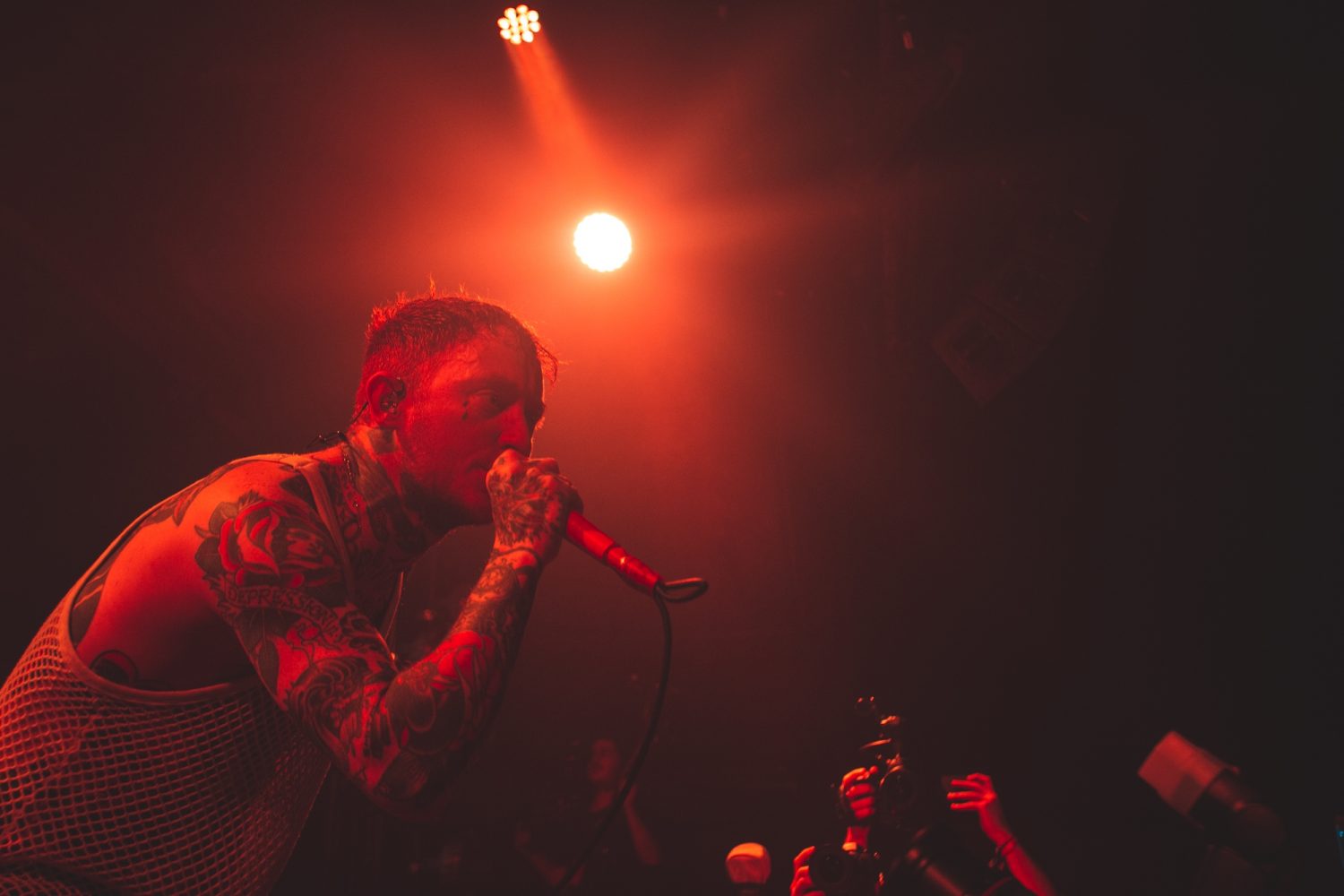 There are few bands quite like Brutus. Over from Belgium to melt some faces, their set sees the drum kit take the spotlight for probably the only time this weekend.

Singer Stefanie Mannaerts is a whirlwind of limbs and lungs, belting out vocals while thrashing out improbably complex patterns on her kit. Guitarist Stijn Vanhoegaerden and bassist Peter Mulders hold down the fort with expansive, often colossal post-metal riffs, but Mannaerts is the star of this show. Managing to be this good a drummer is a feat, but she’s also a fantastic, versatile vocalist – to do both at the same time without breaking stride or missing a beat is nothing short of remarkable.

When it comes to heavy music, we’ve just witnessed one of the best sets of the weekend. – Dillon Eastoe 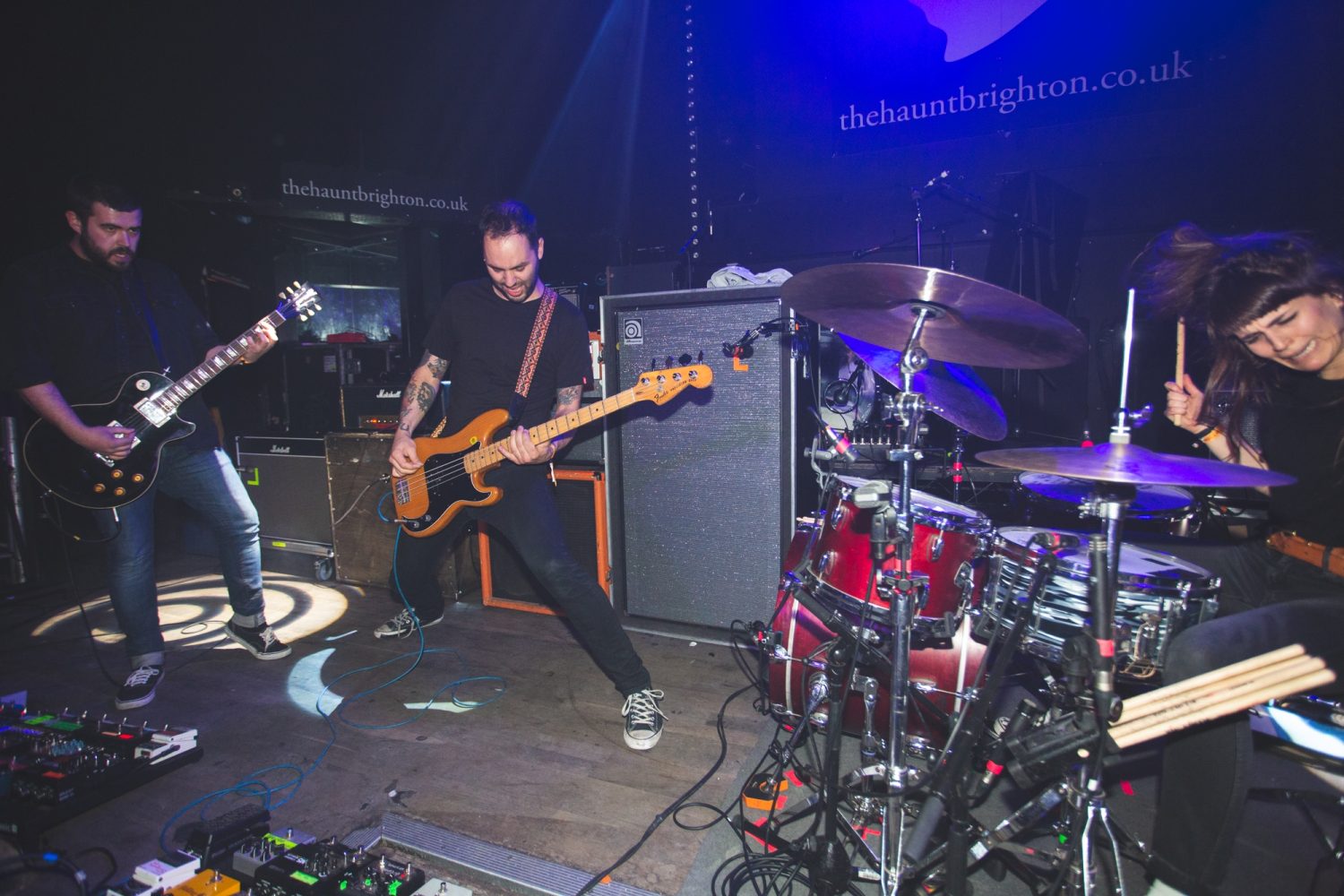 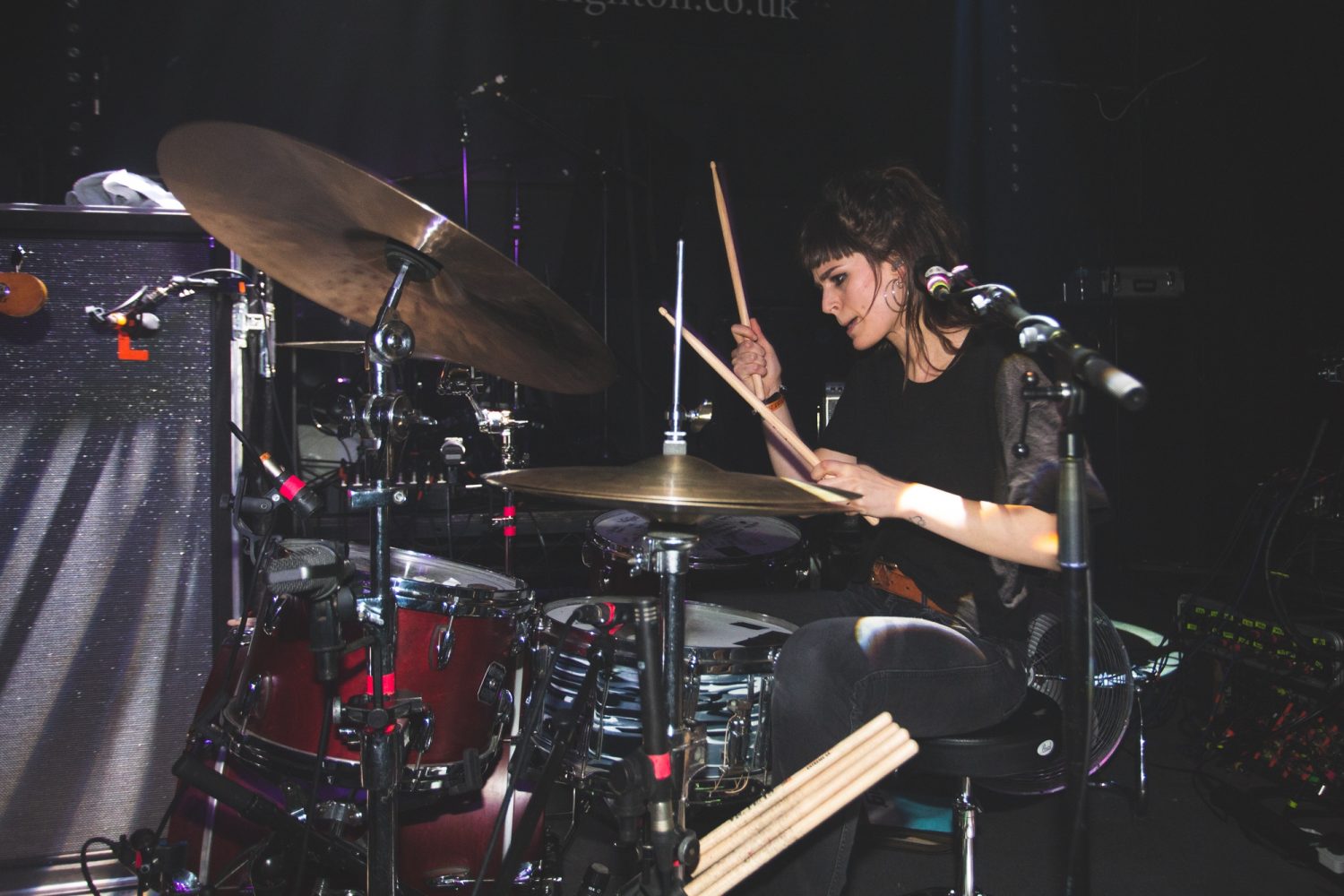 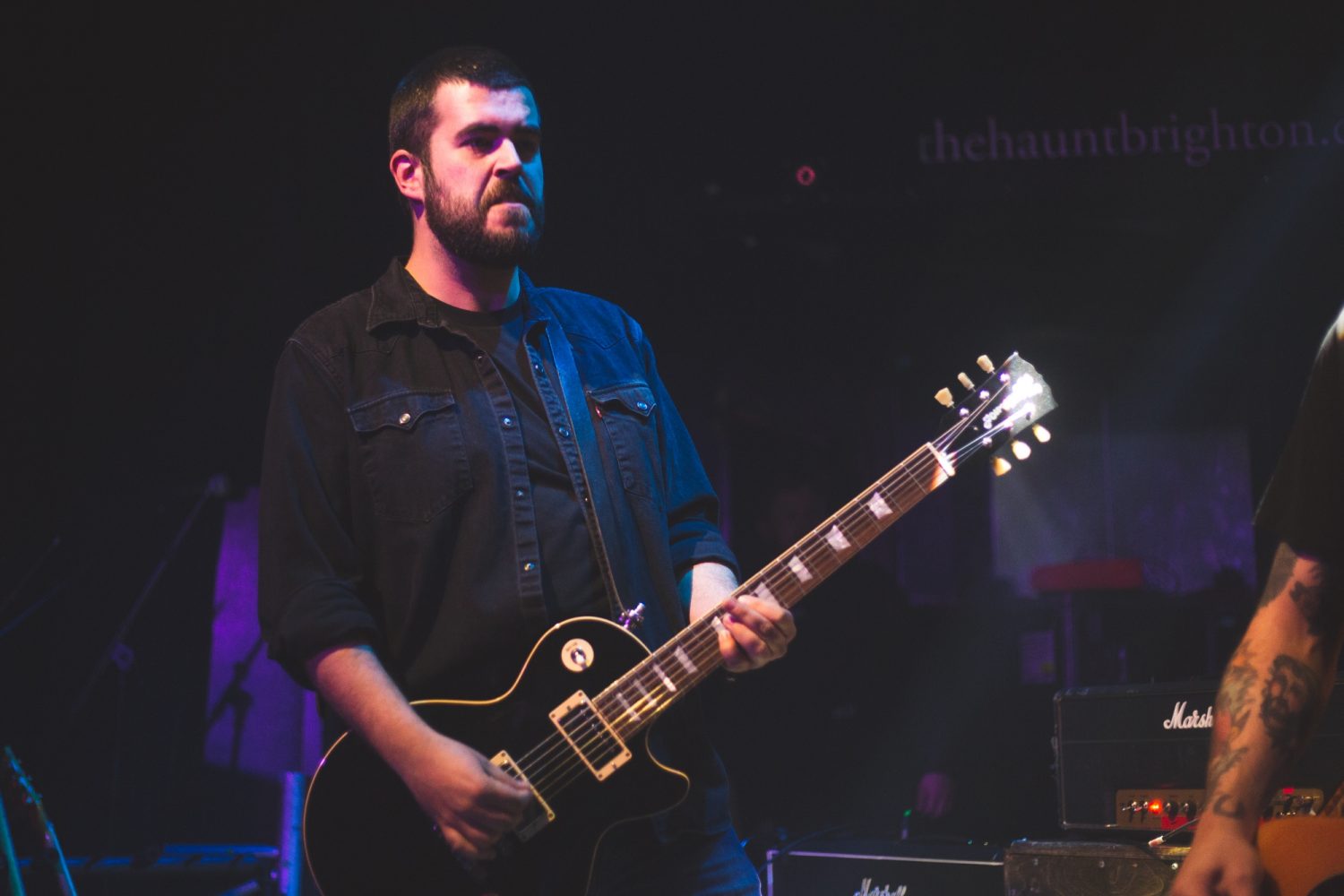 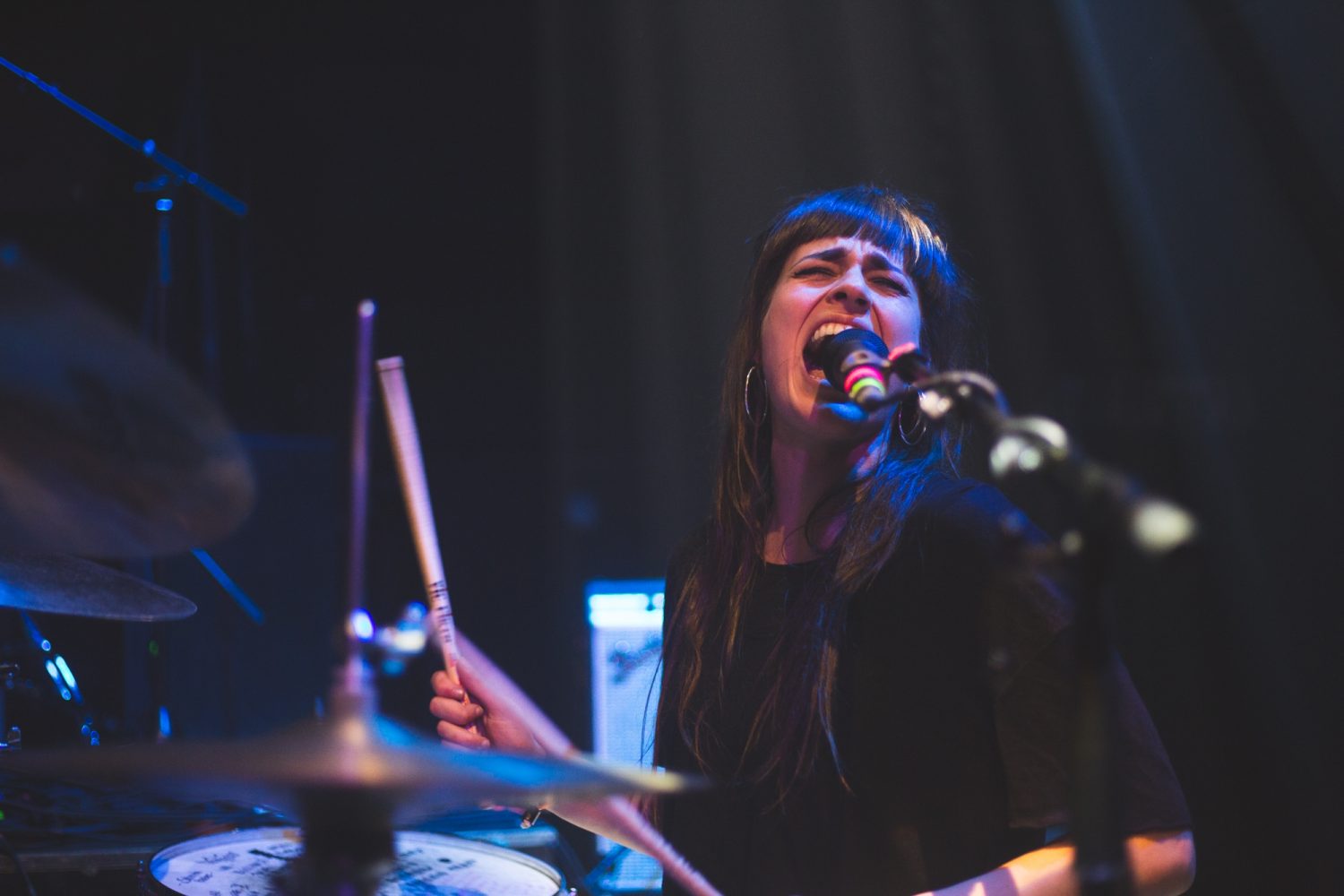 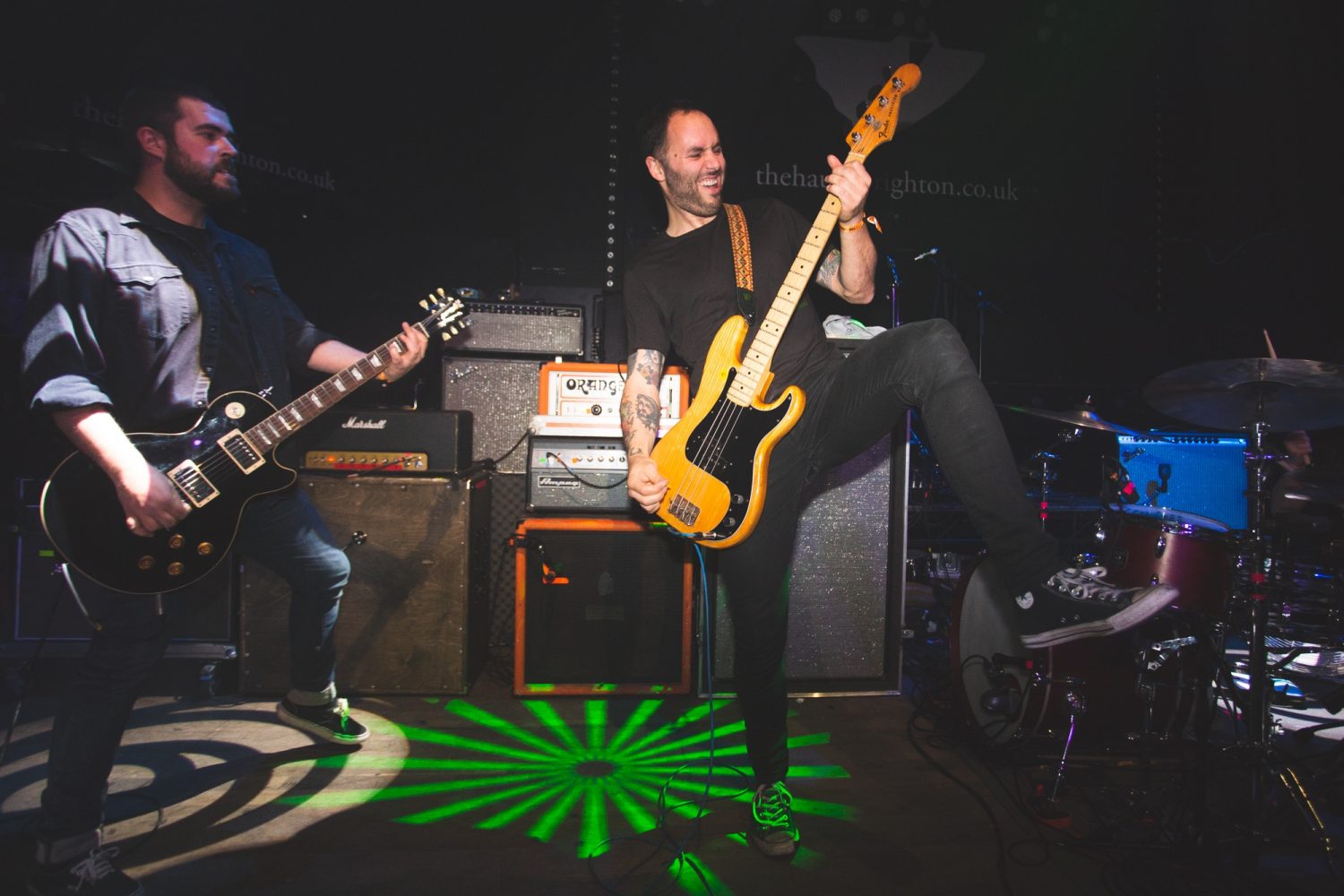