Cultdreams’ second record ‘Things That Hurt’ is a work of reflection and reinvention. It’s the sound of a band who have grown in confidence, both personally and sonically. Shedding their previous identity has allowed the duo to widen their scope, which has resulted in a record that’s bigger in every way.

“The new band name definitely suits our new material more, and I think you sort of reinvent yourself every time you make a new record,” says guitarist and vocalist Lucinda Livingstone. “We’ve decided we’re going to change the band name for every single record now,” jokes drummer Conor Dawson. “Though I think our label Big Scary Monsters would probably murder us!”

“The majority of people have been very supportive, but anyone who says our old name was cooler…is wrong,” adds Lucinda. “We wouldn’t expect everyone to understand it, but hopefully it might better someone’s understanding about what is okay to use culturally or not. If not, they shouldn’t listen to us anymore, and that’s fine.”

There’s a sense of liberation at play throughout ‘Things That Hurt’, and that’s in part down to the duo becoming more self-assured in their abilities. “We’ve got to a point where we know what we’re doing and what we want our records to sound like, and we’re in a place where we can make it happen,” says Conor. “We had the confidence to take a few more risks, and it was about knowing how to take those risks. If you want to do something ambitious but don’t know how to do it, you’re not going to pull it off, whereas if you know what you’re doing with your equipment and your songwriting, it’s going to sound way better.” 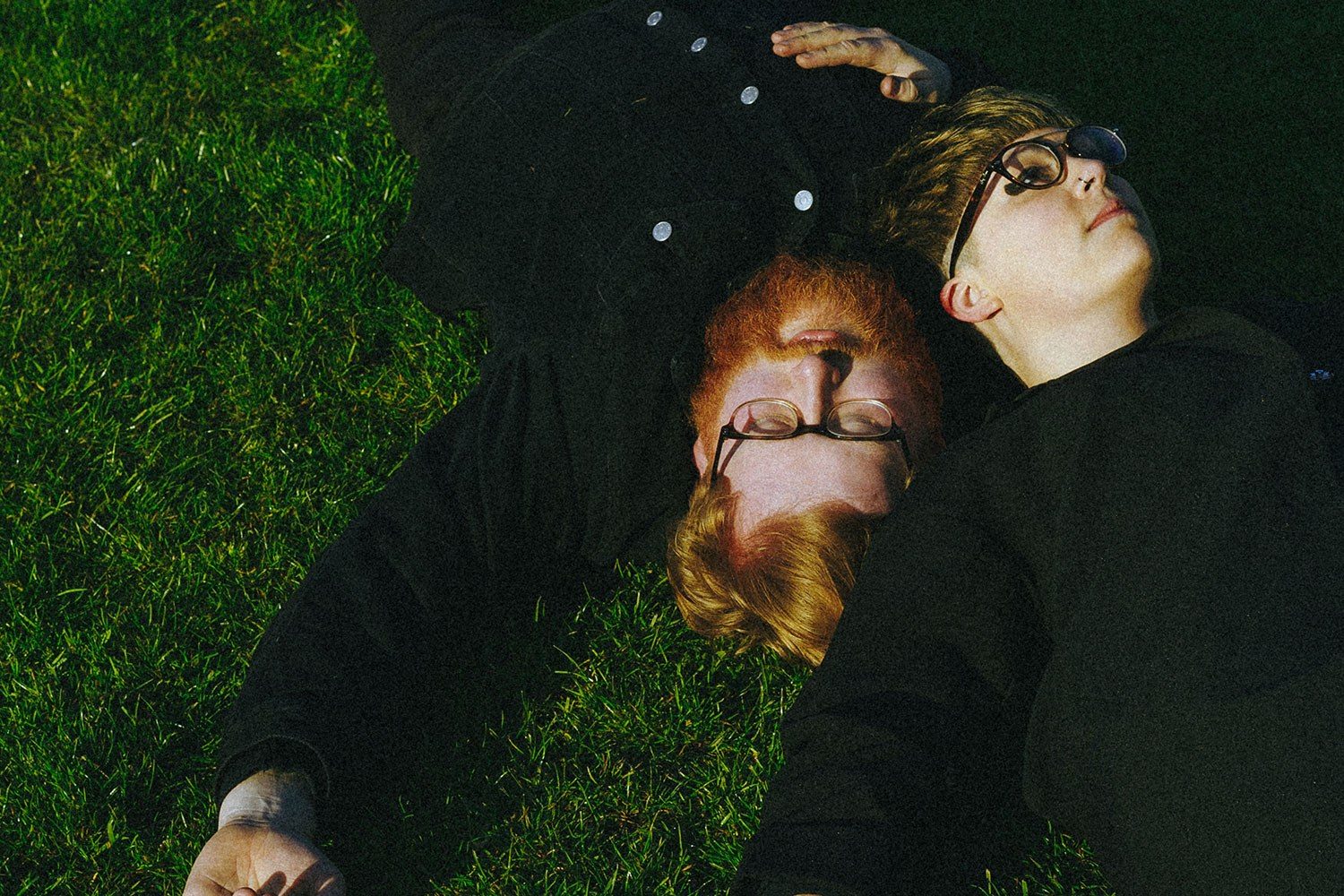 Given the hugely accomplished finished product, it’s hard to believe that ‘Things That Hurt’ started its life over WhatsApp conversations, with Lucinda and Conor living in separate countries. “Conor lives in Belgium, and we essentially wrote the whole record over WhatsApp,” explains Lucinda. “I’d just got back off tour with Nervus, it was Christmas, and I didn’t have anything to do so I started demoing a few ideas Conor and myself had had the last time we saw each other, which was four months prior. I turned these into songs, and we sent stuff back and forth with Conor doing noodly guitar demos on a little pink Fender kid’s guitar.”

When it came to recording, Cultdreams returned to Leeds to work with Bob Cooper, who also produced the ‘SAD’ EP and their debut album ‘Seafoam’. With less pressure the second time around, they found themselves with the freedom to experiment. Fewer time constraints gave them time to breathe rather than hammering out the same instrument five days in a row.

The decision to not hold anything back is reflected in ‘Things that Hurt’, which at times is so much bigger than its predecessor that it feels positively cavernous. The Riot Grrl influence and fuzzy shoegaze sonics are still present, but Cultdreams have embraced soaring post-rock aesthetics. There are also some killer riffs, like the sludgy, down-and-dirty opening of ‘Repent, Regress’.

Praised for their bold, unflinching explorations of serious issues such as depression, sexual harassment and misogyny on ‘SAD’ and ‘Seafoam’, ‘Things That Hurt’ is no less hard-hitting. “For me, lyrically, I’m proud for saying everything I wanted to say without making anything into a metaphor to mask what I was saying. I think I’ve done this in the past, but this time everything is much more straight up,” says Lucinda.

Matching the broader scope of the sound, this record sees Lucinda take a step back from herself, reflecting upon what has passed. “A lot of the lyrics on this record are a reflection on either things in my personal life, or seeing outside of that. It’s fair to say that half of the record is about dealing with grief and loss in different ways and realising how that affects your life. Though I feel like it’s more outside of my own head this time, and a lot of the feelings of grief and loss can be applied to our political climate and the country we’re living in. Brexit is a huge loss for us, and it’s worrying being in a band that lives in two different countries.”

The first single released from the new record, the sublime ‘We Never Rest’, features guest vocals from Katie Dvorak and David F. Bellow of The World Is A Beautiful Place…, who Cultdreams have previously toured with. “More people should get their mates to sing on things!” laughs Lucinda. “It’s so nice, and then when you play festivals together you can all sing on each other’s songs!”

Without a doubt, these collaborative efforts and the sense of community Cultdreams share with other bands has made them stronger, particularly the bond they share with Nervus and Milk Teeth. “I like that I joined Nervus and Em joined Milk Teeth because what’s happened is our three bands have become conjoined forever in this amazing supportive way,” says Lucinda. “I feel like my confidence has grown just by hanging out with Nervus and playing shows with them – Conor and myself are quite awkward people, but they’re making me feel more confident on stage. It’s been really nice to feel so loved and supported. There’s only ever going to be good things to come from that.”

Taken from the September issue of Upset. Cultdreams’ new album ‘Things That Hurt’ is out now.