Ned Russin from Title Fight has teamed up with (Sandy) Alex G for his debut album under the Glitterer moniker, ‘Looking Through the Shades’.

Hey Ned, how’s it going?
Doing well, thanks. Getting settled in for a move and then almost immediately leaving for tour, but it’s nice to be busy.

Do you think of Glitterer as a solo project, or a new band?
Glitterer is a band. I don’t really like the connotation of a solo project. To me, that means something that is supposed to be this kind of perfect, intimate representation of a person. Like the music captures their essence and being entirely. I don’t really think that’s possible and also am not trying for that.

Was the move on your mind for a while before you pulled the trigger?
No, not really. I went back to school full time in January of 2016 and was focused primarily on that. I didn’t really think about what was coming next and just tried to figure out things as they came.

Was the intention always for this to be a full-blown project, with album releases and stuff?
Doing Glitterer happened without much planning. The first batch of songs were the result of just getting some new gear and messing around with it. I got a midi controller and was messing around with some different keyboard voices and just putting bass over it. The first EP was released in August 2017, and I played a show the same week, and then after that, I just continued playing shows and working on new music. I finished up school last August and around the same time was starting to work on another batch of songs and just decided to take the leap with it. So I’d like to think that the answer was no, this wasn’t a premeditated move, but I think the idea of playing music is something that I want to do and something I gravitate towards.

How did you come to hook up with (Sandy) Alex G? The partnership really suits you.
Thank you. Title Fight went on tour with Alex in 2015, and we’ve been friends since. That was right around the time ‘Beach Music’ came out. When I started doing Glitterer, I wasn’t used to doing something completely on my own. I like the comfort of bouncing an idea of someone else and not having that with Glitterer was a little nerve-racking, so when I was working on ‘Not Glitterer’ I asked Alex if he’d be down to help produce the record. We didn’t discuss what the role meant; I mainly just wanted some feedback. So I sent him the songs all finished, and he sent back edits that he just did on GarageBand. It was a really easy process. When I started planning on how I wanted to do the LP, I thought it would be a good idea to work with Alex again but have it be more hands-on. We ended up at my parents’ house in Kingston, PA for a week with Arthur Rizk, who also co-produced and the three of us just worked on the songs for a week. 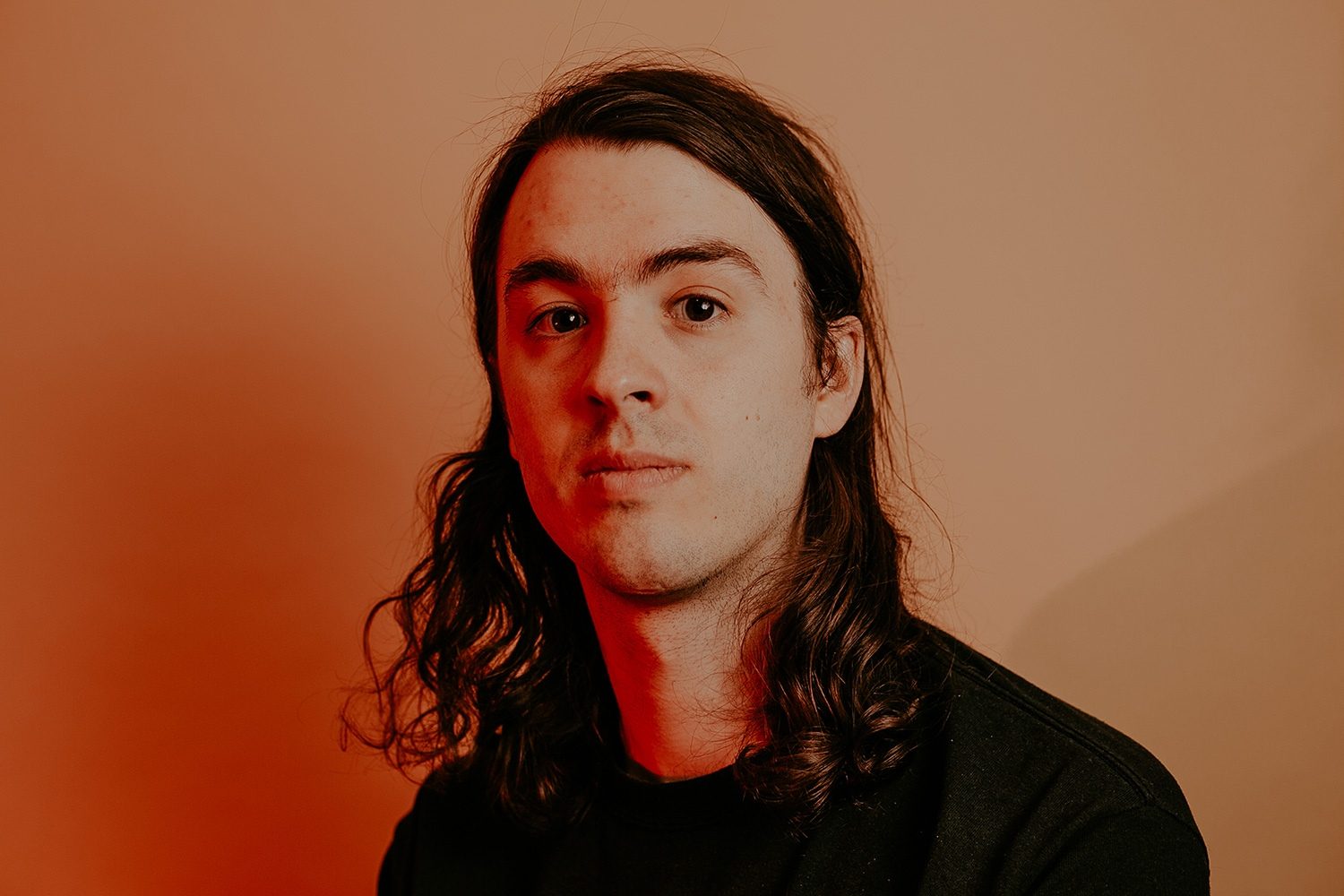 Did your working relationship on the album evolve in any way from ‘Not Glitterer’, or was it much the same process?
The biggest difference between ‘Looking Through The Shades’ and ‘Not Glitterer’ is that ‘Looking Through The Shades’ was properly recorded by Arthur Rizk, a real-deal, professional engineer. The last two records were done in my room with a very minimalist set up, but for the LP we had a lot of room to mess around. So we ended up being able to put real drums on, add instrumentation wherever we wanted, take our time with vocals, whatever. It was a pretty leisurely and convenient process that still allowed for experimentation where needed.

Have you always been into more shoegaze-y lo-fi sounds?
I guess I’ve been drawn towards a more simple, loud sound for most of my musical life, but for me, that interest came from hardcore and punk. I think that has a big influence on Glitterer – short, simple songs with blown out guitars. That style of playing and music has always important to me because it feels human. It’s like the music you hear elsewhere – on the radio, in the grocery store, at the dentist – is too perfect. It’s too good; you need a person with an extraordinary ability to make it. But punk feels so attainable. It’s almost like anyone can do it. Those sounds and that mentality inspired the way that I write.

Has the slight genre shift come with a learning curve at all, in regards to building a new aesthetic, or translating the music live, for example?
I’m not sure if ‘learning curve’ is the right word because I feel like I’ve run into similar things before: being unsure of how certain things will go over because it’s different than what you’ve done before. Doing the music and figuring it out has all been fine and fun, playing live has been weird though. And not that it’s a learning curve, I think it just really catches people off-guard. I’ll be standing up there by myself, and I think people are waiting for something else to happen, they don’t realise that this is the band. There’s a level of uncomfortability built into it. Honestly a lot of it, I feel, is people feeling nervous for me because I’m up there all alone and it’s weird. That was strange to get used to it, but I feel alright with it now.

Does Glitterer have much of a fanbase overlap with Title Fight?
I’d imagine so. So far, I’ve discovered the hardest part about doing a new band is just letting people know you exist. The initial push has been because of what I’ve done before, which is fine but not something I push myself, but just getting people to check out a new band is difficult because of the way the world operates now, with regards to the distribution of information specifically. I think the reason why Title Fight was as successful as we were was because we played a lot. I think that’s still the best way to get people aware of who you are, going directly to them. Every show I play people still come up to me and say they didn’t know Glitterer was a band before. So, to answer your last question…

What have you got coming up over the summer?
Playing shows. ‘Looking Through The Shades’ comes out 12th July, and I’ll be playing a bunch. I’m touring the States in June, July, and August, and making my first trip to the UK at the end of August with Stages in Faith for four shows in Brighton, Bristol, Leeds, and London.

Taken from the August issue of Upset. Glitterer’s debut album ‘Looking Through The Shades’ is out now.