“I wish somebody else had written this record because I would’ve liked to hear this without me having to do it.”

It’s a simple statement that’s as fiery as it is fully-loaded, but if anyone can get away with it, Baroness frontman John Baizley can. The band have never done things by halves, and on their fifth outing ‘Gold & Grey’, they look back at the road they’ve paved across their veritable colour palette of a discography, and decided to turn things both up, and down.

“We raise the stakes every time we do an album, and in spite of what we’ve done in the past we try to kick our creative goalposts further down the field every time,” he explains of this new effort, made with the help of bassist Nick Jost, drummer Sebastian Thomson and new recruit, guitarist Gina Gleason.

“It can be nerve-wracking because we’re trying to release original material, and the more original it gets, the less confident we are in the reception of the album. With this one, we were so surprisingly pleased with the stuff that we were capable of achieving both in terms of songwriting, lyrics, and vision for the record. No matter what, it’s been an incredible process for us so far, and in some ways, we’re just at the beginning of it.”

Someone who’s decidedly stringent in his motive and execution, leading Baroness to this point through the merging of art (he’s designed all the band’s artwork to date) and sound, John has found the real key ingredient to Baroness lies in their willingness not to play it safe.

“I’ll preface by saying I’d be more fearful if I weren’t to release a record that’s less grand than this,” he muses. “But every time we’ve released a record, we always have a little bit of that nervousness – butterfly in the stomach – a little pinch of fear because frankly, what we’re trying to do with this band, with Baroness, we’re trying to push forward.” 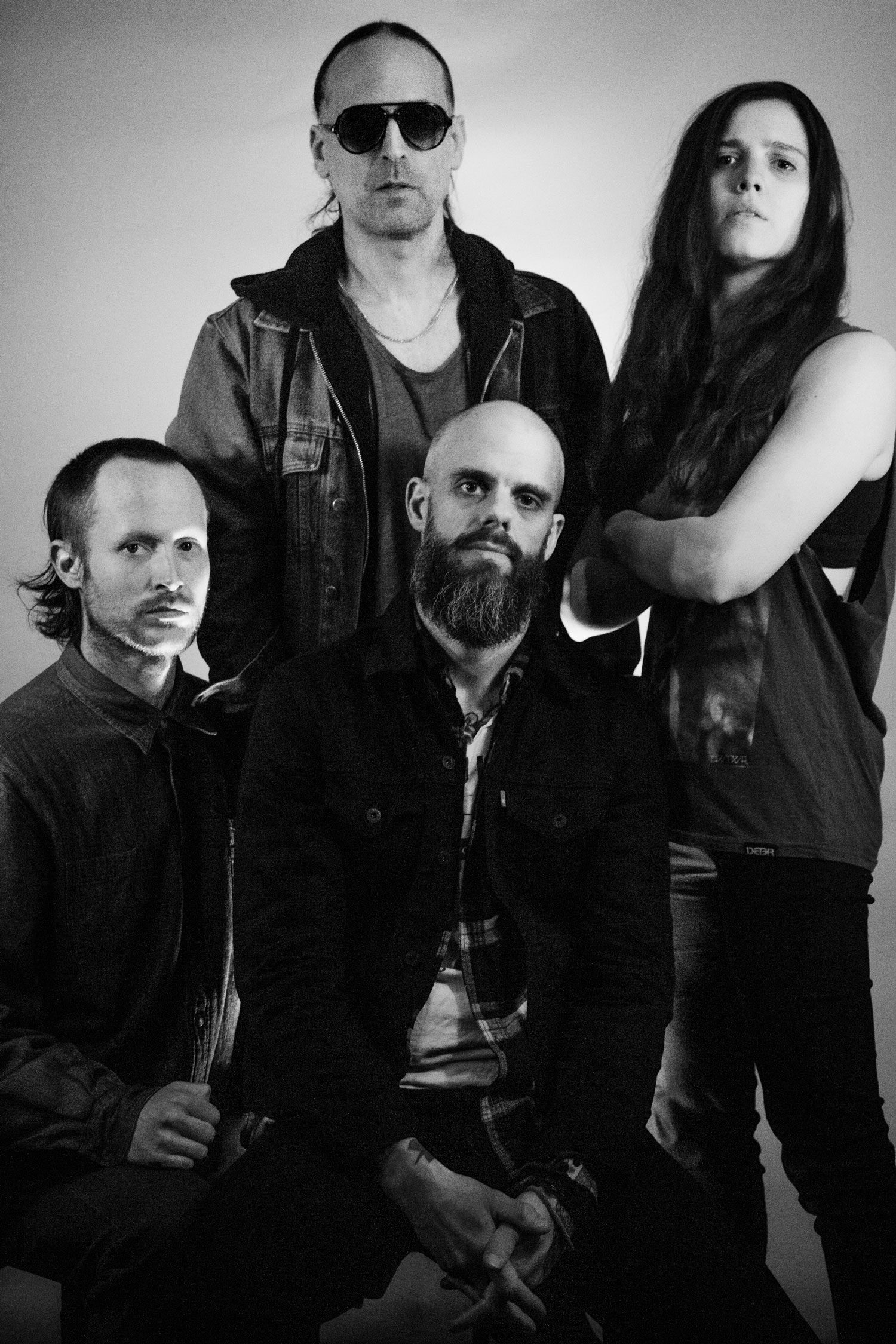 On this outing the band are setting their sights on the horizon – it’s always looking back at them, urging them forward. “Sometimes, that means we go in directions that I’m aware our audience has never heard us go,” John says matter-of-factly.

They’re seeking meaning in silence. ‘Gold & Grey’ begins with a hurried fury on ‘Front Toward Enemy’, where Baroness feel most at home, but once you hit ‘Tourniquet’, serenity takes hold.

“The lyrical content – the conceptual content – is if anything maybe more honest and more exposed than some of our past records,” John explains. “They all felt fairly intimate and personal and deep.”

Digging deeper with each album must have its limitations, because there’s only so much to give, right?

“I’ve always had a rule with our albums lyrically speaking, that I’m only going to address the things that happen as we’re writing it. So every story, or every thought, or reflection that I included on this album had come up in a moment that’s existed since we finished [2015’s] ‘Purple’.

“Our concern was, as four relatively intelligent individuals, that it keeps our attention. If we’ve played on all these songs and written them, then by that musical transit of property that should extend to our audience; that’s what I’ve doubled down on across the course of the past fifteen-seventeen years of playing in retrospect.”

It’s over these years that one of the more integral ethos’ to Baroness’s survival has begun to take shape.

“At some point, you have to write music in a somewhat selfish way. I think in Baroness, we’ve embraced that, and I mean it this way; no matter what we do, if we wrote a song in a style that nobody’s ever heard us do, our conviction and our interest level and our desire is to create music. The idea is we write the music we’re not hearing.”

Which brings us back to that opening statement of John’s – that he’d have liked to hear the record without having to make it himself: Baroness are unafraid to light a fuse and blow expectations apart, leaving a smoking wreck in their wake.

“It’s just simply that, none of this was unnatural,” he clarifies. “I want to make a diverse album. I don’t want the record to be a collection of ten songs that all kickass and go straight for the same thing. What we want to do is write an album in which every song was a different thing entirely, but to piece it together in such a way where you don’t get a whole picture of what we’re doing until you listen to each one of those tracks.

“[It might be] at the expense of maybe wearing people out,” he chuckles. “Because it is long” – 17 tracks in total, clocking in at over an hour – “with intense and chaotic moments against the soft, tender ones. I would think as musicians if we were trying to relay something of the human experience it would be remiss if we left some of that stuff off the table.”

For John, these journeys are an integral part of his personal understanding, even if he doesn’t want to lay all his cards out on the table.

“As I’ve gotten older, it’s just become more commonplace. I have an easier time and a more confident time expressing some fairly difficult concepts through our music in a way where I don’t feel like I’m giving too much of myself away, but I’m also able to deal with subject matter that I can’t otherwise. Music has always been a very great place for me to express myself.”

The totality of all these aspects leaves Baroness in their most robust standing to date.

“My goal is that we have a central point, a core sound,” John states. “We’ve done X, Y, and Z – we shouldn’t be linear and move toward specific goals, we should radiate from a central point, and use whatever we want, whenever want, just as long as that excites us.

“As long as that drives us forward, motivates us and inspires us. It should allow us to become better musicians, and really at the end of the day, it allows us to grow as people and as bandmates and as friends, and as artists, through the medium of this music.”

Taken from the July issue of Upset. Baroness’s album ‘Gold & Grey’ is out now.