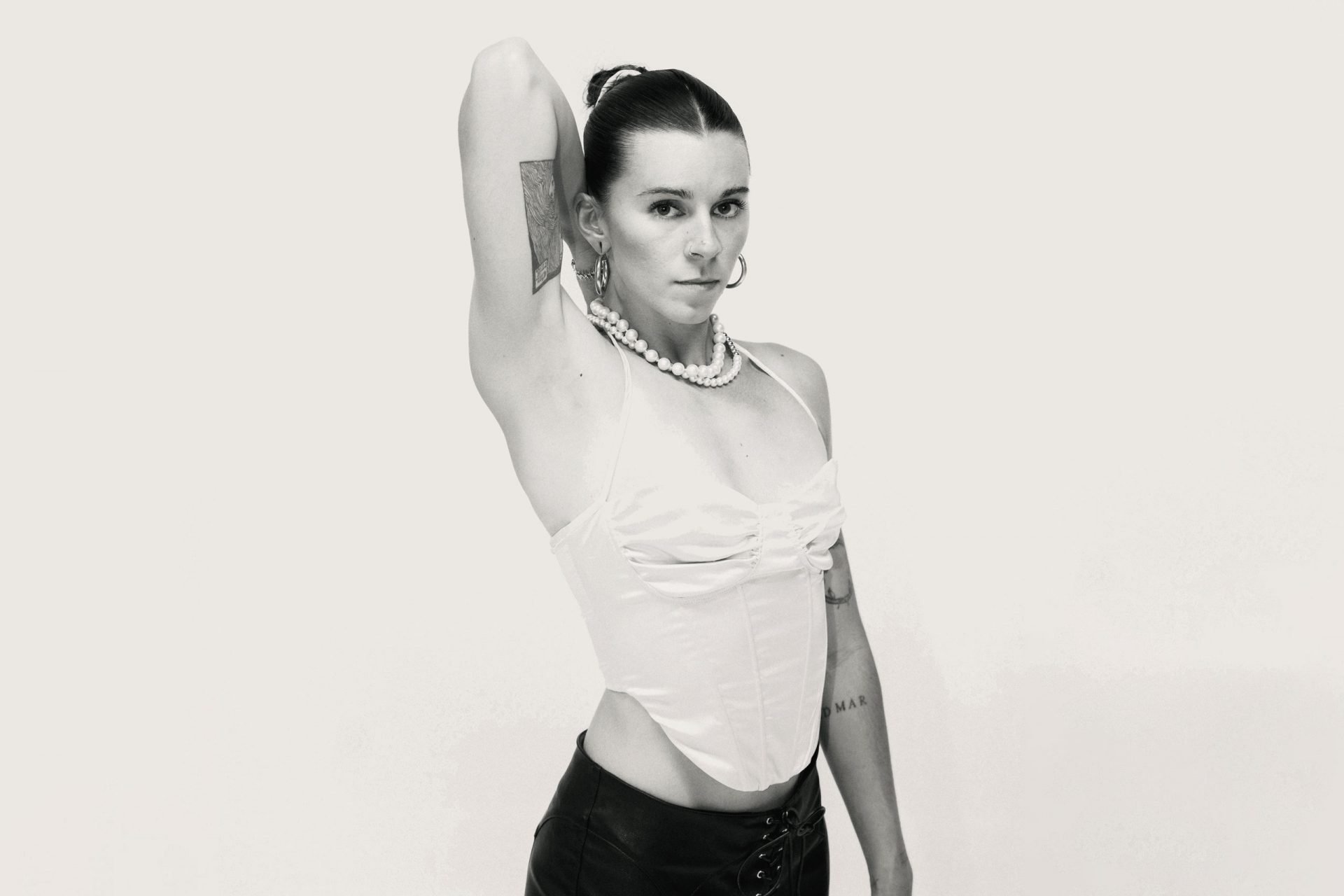 Producer, singer/songwriter, and multi-instrumentalist Lyndsey Gunnulfsen is planning to make a splash this year with the release of a brand new PVRIS record. Following her triumphant recent return with singles ‘ANYWHERE BUT HERE’ and ‘ANIMAL’ via Hopeless Records, and with a UK and European tour running from the end of January, it’s the start of something big.

We hear you have an album on the way – how’s it coming along? If you had to guess, what percentage of the way through it are you?
I’d say it’s about 70-80% done! I’m currently finishing it up over the next few weeks before the holidays.

When did you begin work on the record? Was there a specific starting point?
I’m always writing and working on music and collaborating, so there wasn’t really any “the album starts now” moment at the time. But in retrospect, now that it’s about finished up, if I had to pinpoint a definitive “album” moment, it definitely was a little over a year ago when JT and I were working on ‘Anywhere But Here’ and ‘Animal’. Those songs coming together felt like the initiation of it and really carved out the sounds and concepts that have really defined this next chapter of work.

How does it compare to your previous material?
I think there’s a bit more levity, excitement and fun? I was listening to some bounces in my friend’s car the other day, and they said it feels like the most exciting and fun PVRIS album and every song really holds its own. It has really felt like that in the process too; every song in its initial creation started with a lot of excitement and energy.

Can you let us in on any of the track names? Do you have a favourite on there?
Hmmmm…. I don’t think I can share any names. It’s impossible to pick a favourite; they’ve all got their own magic.

Do you think the record will surprise people?
I certainly hope so! What fun is art that is boring and expected?

Is there anything else you can tell us?
Expect a lot of high energy.

What albums by other artists are you excited about for 2023?
Hmmmmm… I don’t really know who’s putting a new album out next year, to be honest – I feel like I live under a rock these days. The new SZA album just dropped, so I think that’ll be in heavy rotation for a good part of 2023. I’m also praying that a new Rihanna album is heading our way next year.