It’s been a whirlwind few years for Sleeping With Sirens. After signing with major label Warner Bros. Records and releasing fifth studio album ‘Gossip’ under their newly-inked deal back in 2017, it looked like they were in an enviable position. However, not everything was as it seemed.

The album run lasted a just over a year, a time in which they had to not only deal with the constant pressures of life on the road but some inner demons that could have potentially put them on hiatus. They were riding high, yet also at a low point going into their next album, ‘How It Feels To Be Lost’, which saw another label jump to Sumerian Records.

The record in and of itself marks a new era for the band, who spent the better part of this recording process trying to figure out where they should go next. According to the band’s vocalist, Kellin Quinn, trying to determine what they needed to do as a collective, and individually, was necessary.

“It’s natural to evolve because you’re growing,” he explains. “Our band has grown up with our fans, [the] spotlight and stuff like that. That was one of the initial reasons this record turned out the way it has; a huge part of me was coming to grips with that and dealing with getting older and finding out who I am. A lot of people get that opportunity behind closed doors, but I’ve had to figure that out in the spotlight.

“Figuring out like, do I still want to do this when it comes to making a record and touring? If I do want to do this, I need to give it 100 per cent. I felt like I was letting go of the wheel in the last few years. It was kind of me taking that power back, understanding my faults and my strengths and just building upon it.”

He continues: “I’ve evolved a lot. Just being honest when it comes to music is what’s going to make a great record; that’s been our evolution, just being honest and making the best work out of that.” 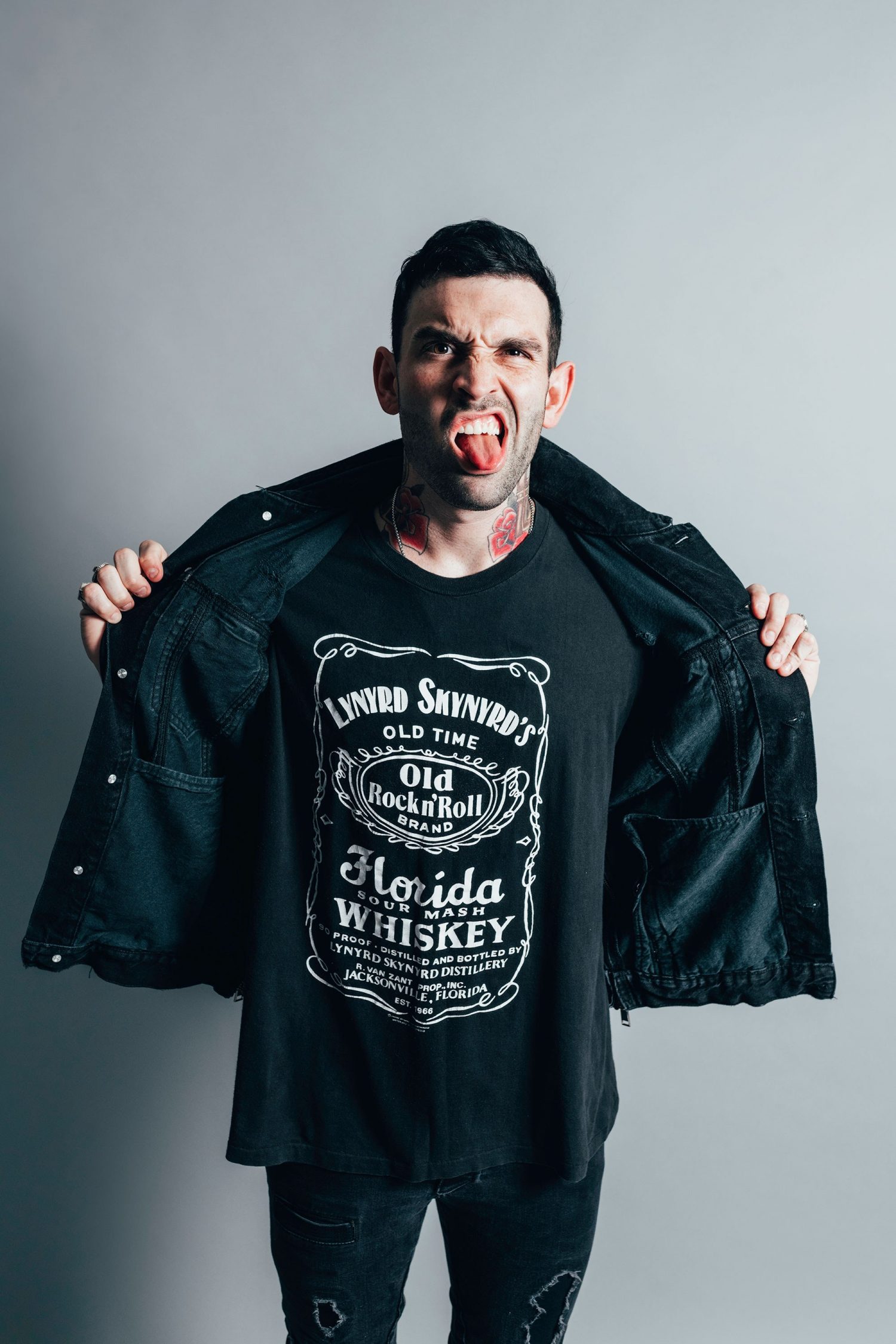 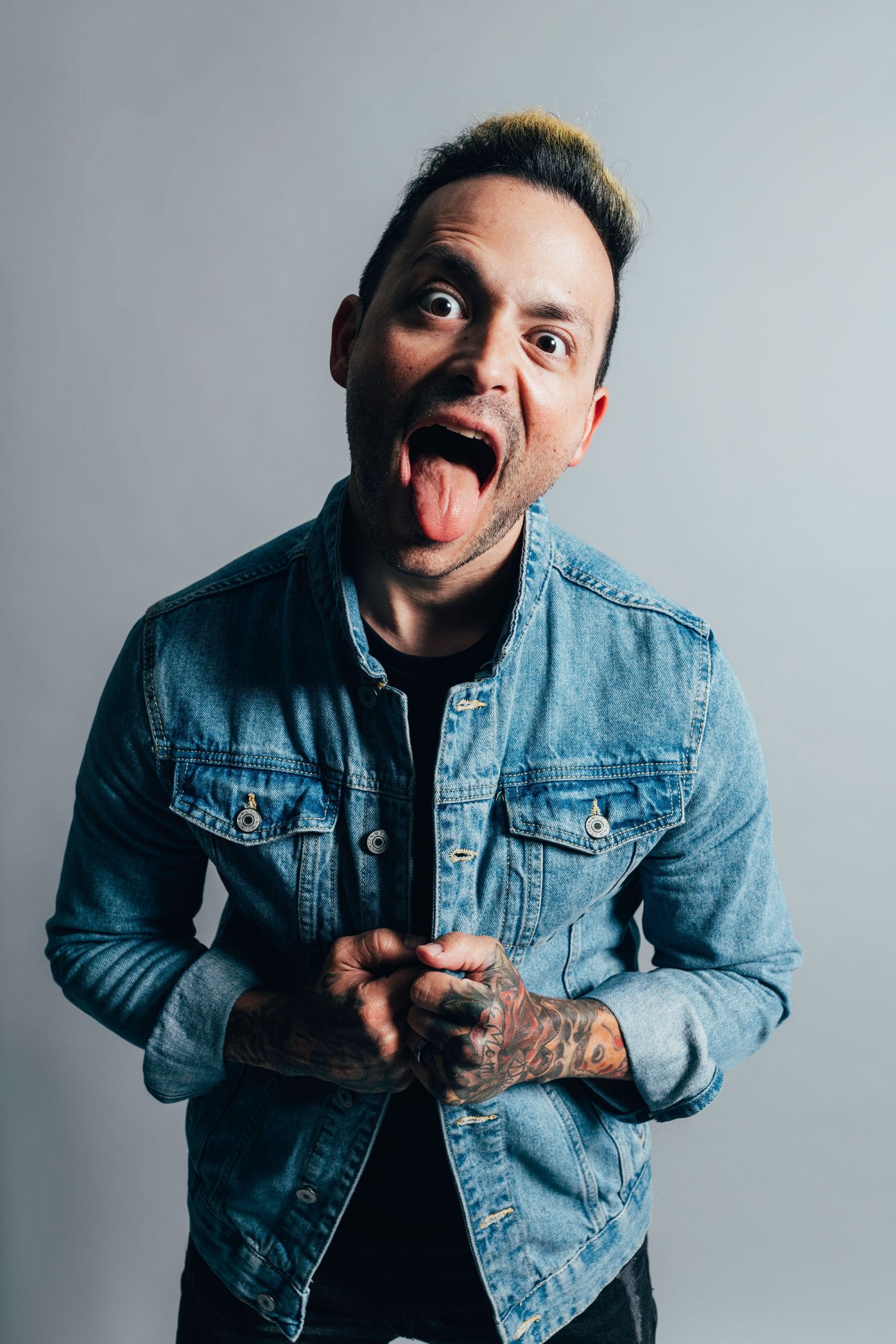 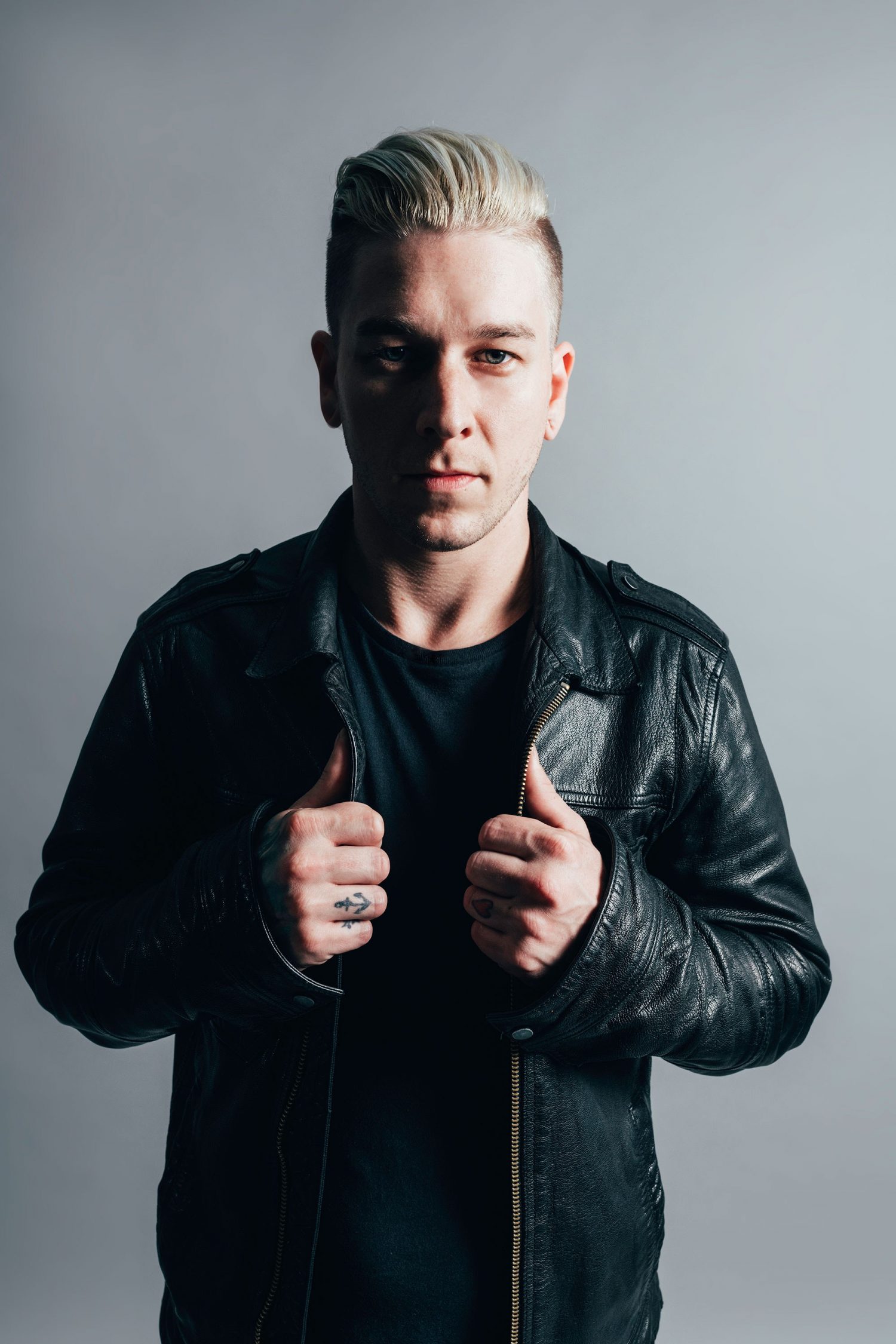 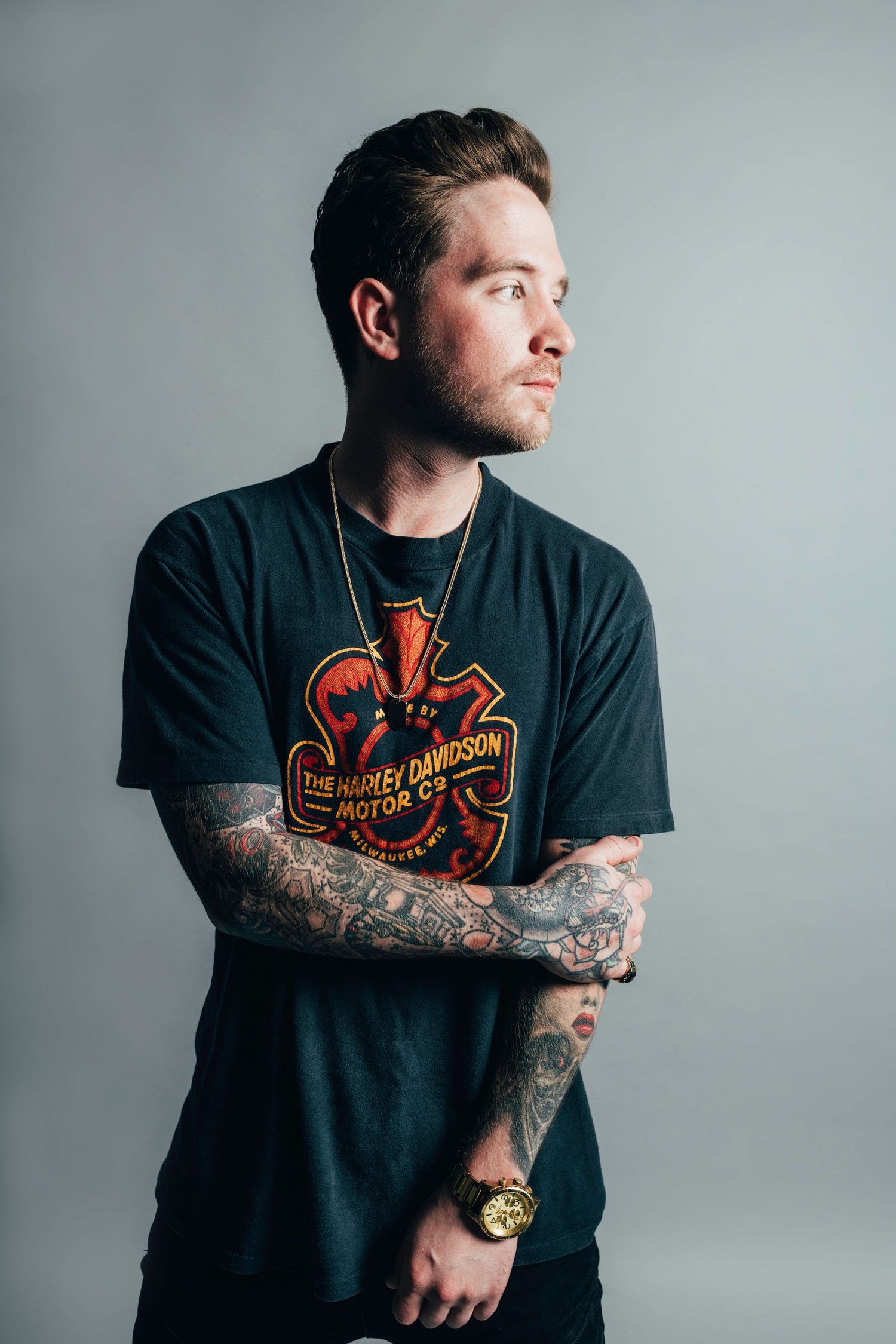 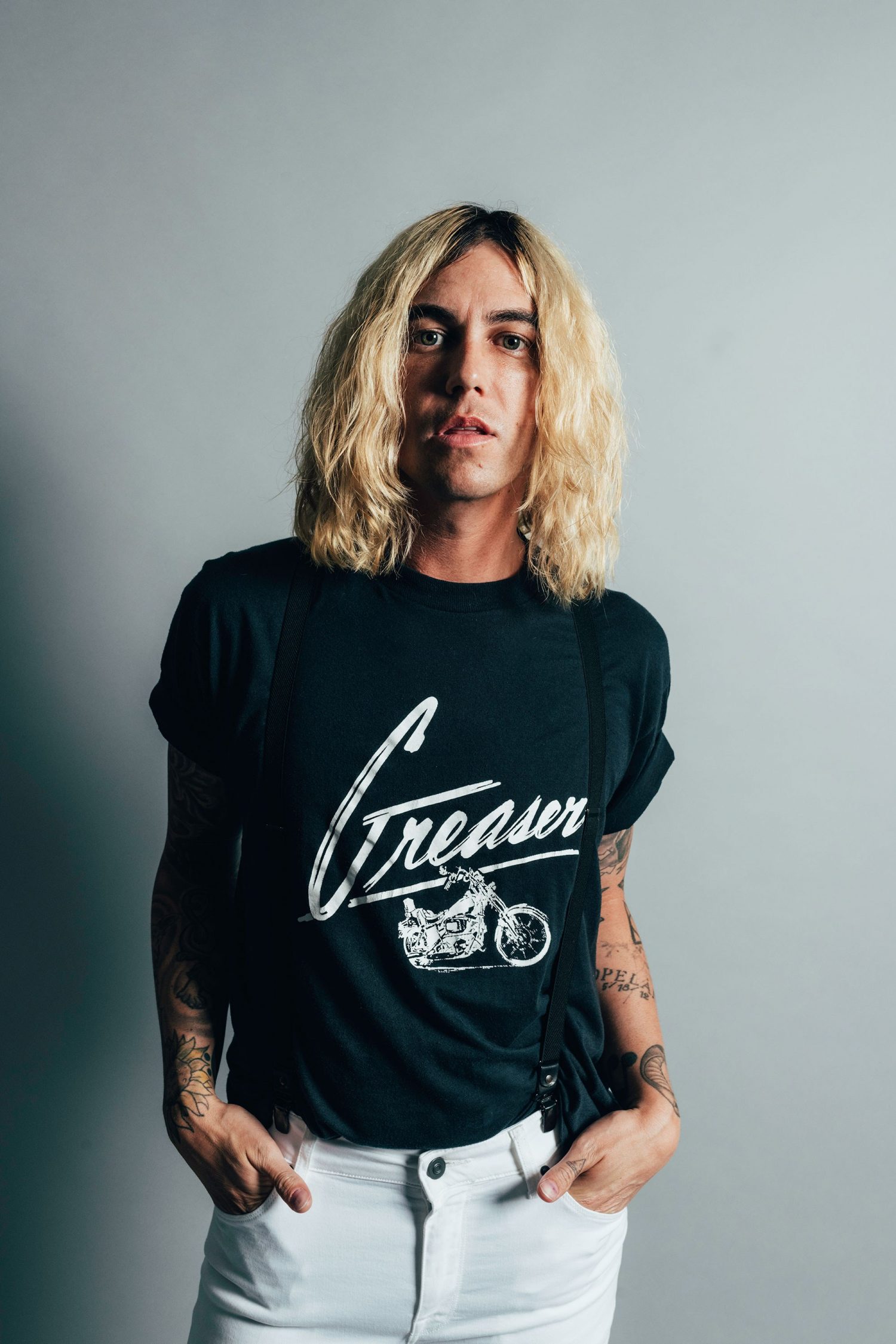 Coming off an album cycle that had a lot of ups and downs meant this recording was one for the books. The process was made easier by their manager’s office doubling as a recording studio, so whenever they had the time to fly out to Los Angeles for a couple of weeks, they’d book the flights and go.

“It made it nice,” Quinn reflects, “because we could go to the studio for a couple of weeks and then we could go home and listen to the songs and decide if we thought it would make the record or to see if we needed to go back and do solo. We did that a couple of times until we got all the songs we wanted.”

The songs that the five-piece eventually arrived at were on the heavier side, a decision that came from experimentation. The band can play to a whole slew of genres, whether it’s the “pop acoustic stuff” that Quinn dabbled in when he was growing up or guitarist Jack Fowler’s love of trying a little bit of everything. The key to creating a record this time around was finding what style suited them best.

“We wanted to go in there and play to our strengths this time,” Quinn explains. “Whenever we came up with a riff that seemed pretty heavy, my initial thought was, ‘How do we make this heavier? Let’s try it’.

“People have always talked about us being heavy. I never really considered us a heavy band, but this record was a statement; like, ‘Okay, if you want a heavy Sleeping With Sirens record, we’ll give you one’. And it was a lot of fun to do.”

During ‘How It Feels To Be Lost”s production, the band made headlines with a tweet was posted by Jack, teasing that they had been working on music reminiscent of a 2012-era Sleeping With Sirens sound.

The statement, Quinn is quick to explain, wasn’t entirely inaccurate, though it also wasn’t something they had initially envisioned. Rather than releasing an album reminiscent of their 2010 debut ‘With Ears To See And Eyes To Hear’ or their follow-up, 2011’s ‘Let’s Cheer To This’, they wanted to give fans, new and old, a nod to other bands from that era.

“One thing that we were joking about was we would call [this record] ‘Modern 05’ because we grew up on The Used, Underoath – bands like that. So there are little cases on the record that you’ll have to listen for, but we put musical parts in there that are very like classic, core sound things, like old school sounding breakdowns.

“I feel like some of those moments were special to me, so I wanted to bring those back for a new set of ears. One of the things that happened with music around the time we started kicking off, there was this uniform sound that was going on; where there’s like these breakdowns, but they’re like chugs, pick up parts or whatever. But the things that I loved from older albums were interesting heavy parts. So, we included that in there, and that is what works.” 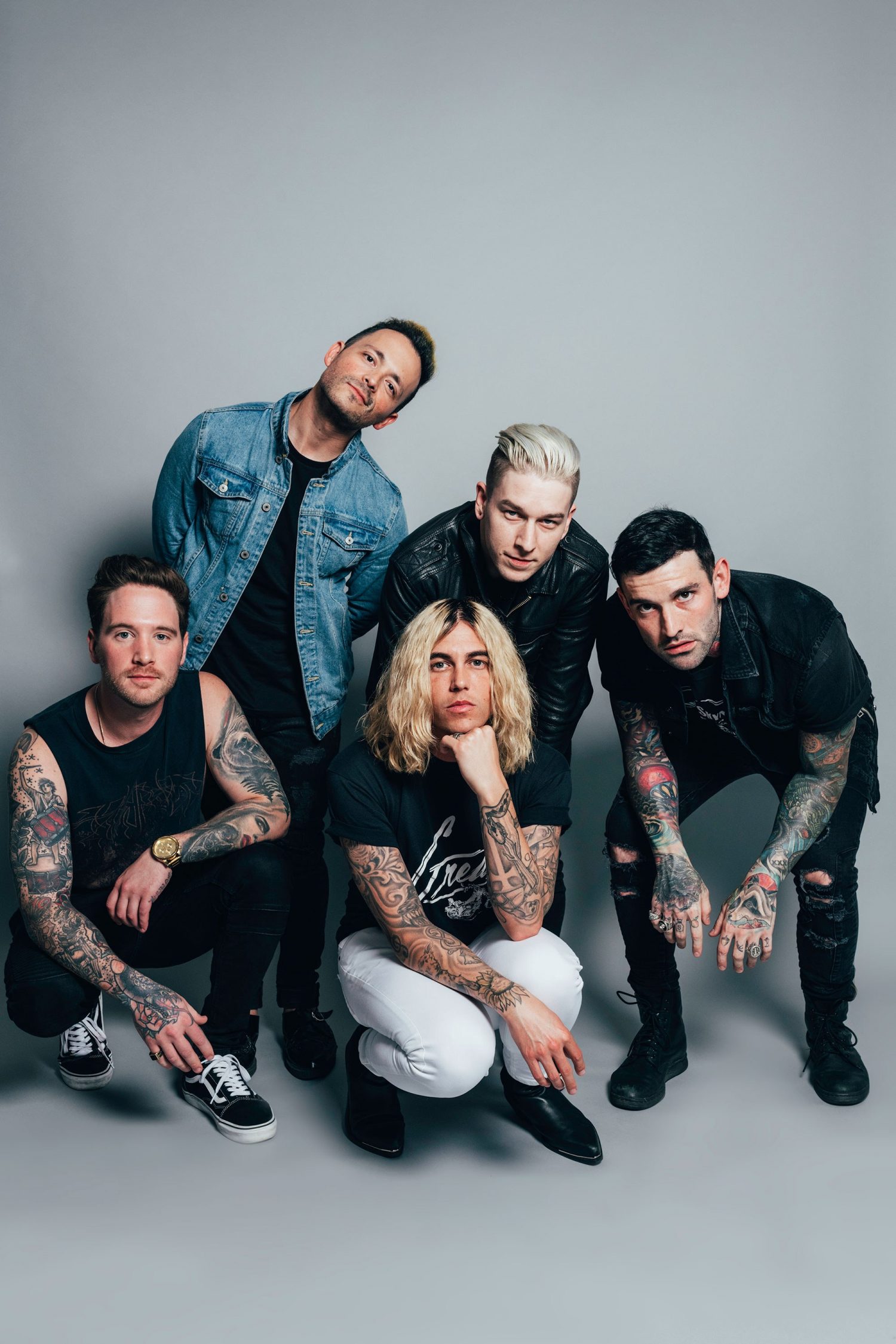 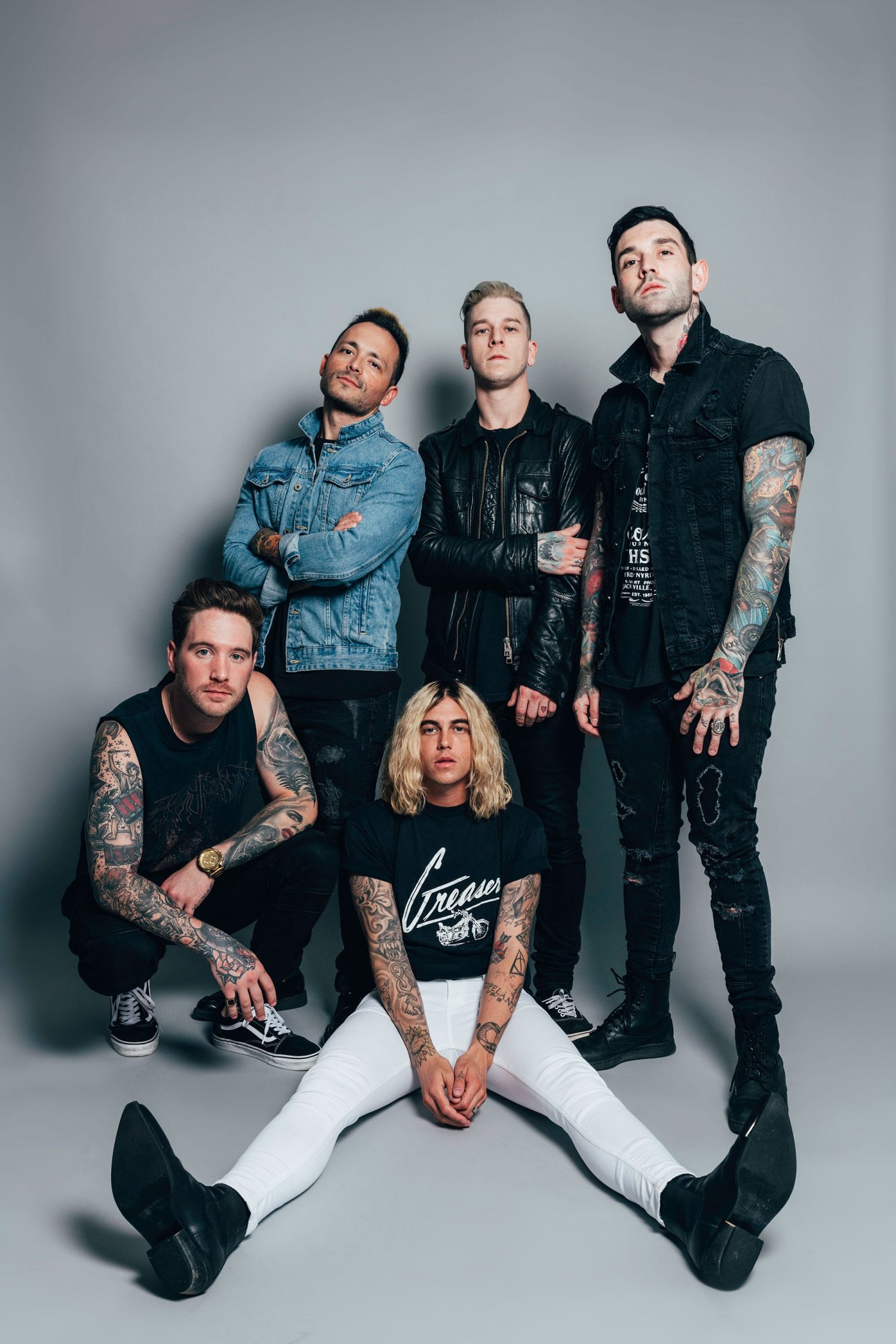 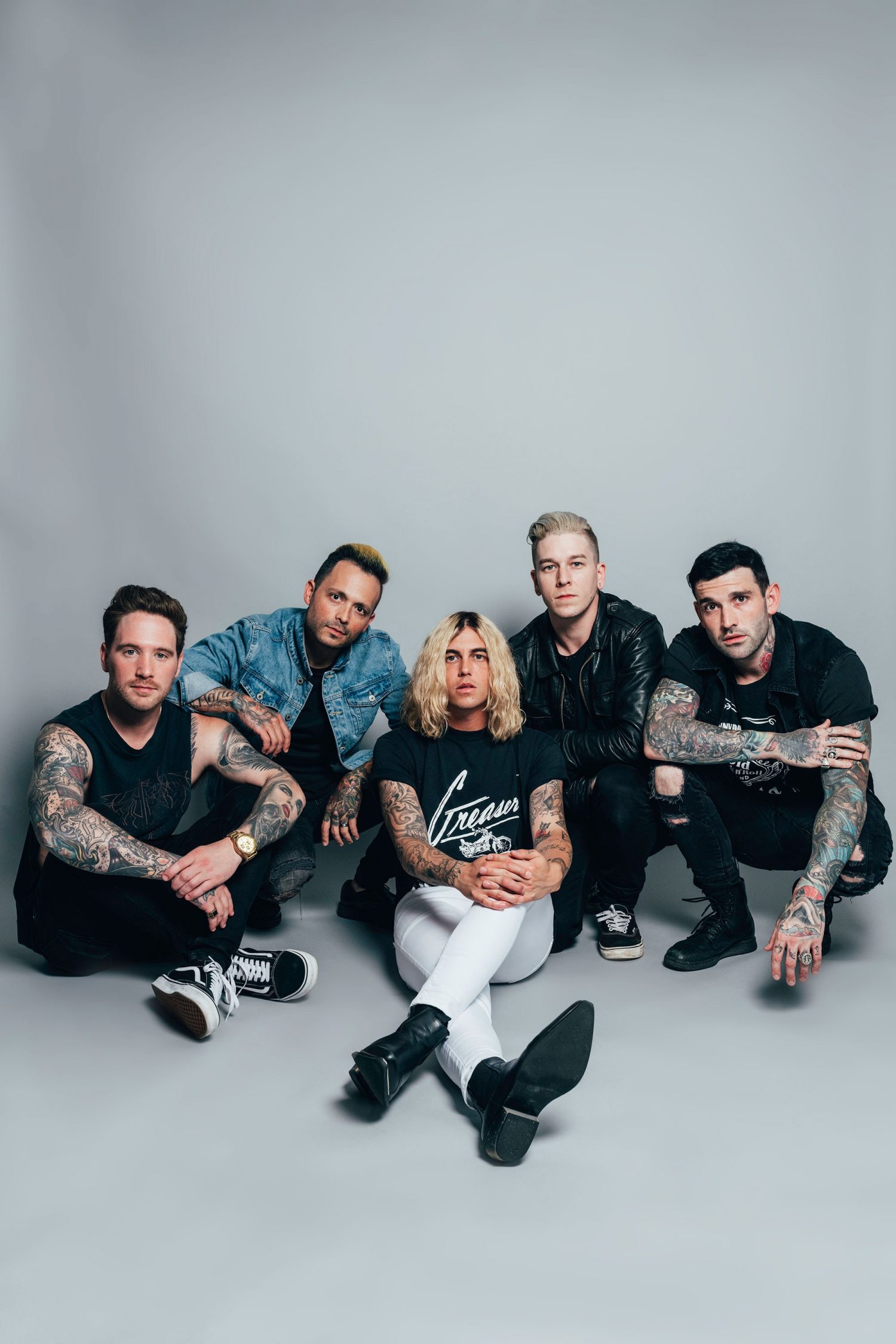 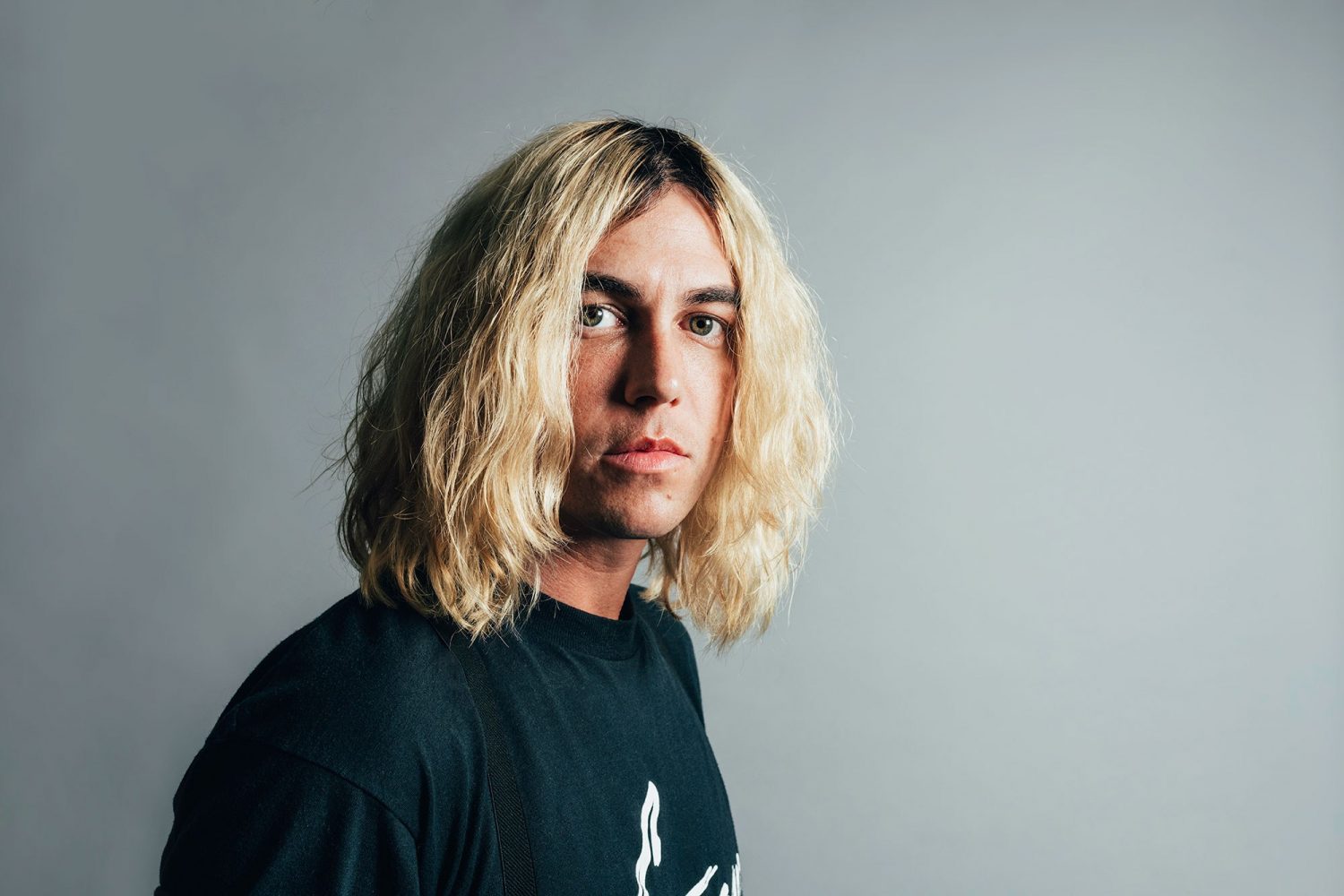 While bringing back a modern version of the 2005 scene, that doesn’t mean they’re tackling this album the same way bands, including themselves, have done in the past. This record is more cohesive than previous efforts; whether it’s the constant back and forth between heavy lyrics paired with the breakdowns, to the song titles and album name. It’s all a working puzzle, which is something that took a lot of time to achieve.

Unlike some of their previous endeavours, this album has a keen focus on the flow of each song. According to Quinn, rather than putting tracks that don’t match up next to each other on the record – he uses their fourth album ‘Madness’ as an example, which featured ‘Kick Me’ soon followed by ‘The Strays’ – they made sure they kept things clean and uniform.

“Prior to this album, it’s always been like, ‘Let’s do as many songs as we can’,” says Quinn, “and that’s the collection of songs, where this one is very thought out. This album is pretty cohesive in that there are a couple of [softer] songs on the record, but they still have heavy music to them, and that was very important to us. This record is very much in line with what we were thinking. Getting a group of three or four songs and just building on that. Then for song titles and album titles, those came later.

“Jack has always wanted to do a self-titled album, he’s like, ‘Dude, this has to be a self-titled album’. For me, I always like naming it. If you do a body of work, I feel like it deserves a name and that’s why I think the name ‘How It Feels To Be Lost’ definitely reflects the songs, the lyrics, the sound and all that stuff.”

Opting to take the time to look into how each song flowed into one another musically, thematical issues also came into play. This record deals with a lot of darker, and heavier, lyrics, which grew to be something that took Quinn some time to figure out.

“I was forced to open up because I was struggling with inner demons, like drinking or whatever,” he explains. “This is the first record I have ever done where I haven’t had any drink or anything like that. It allowed me to deal with a lot of shit that I was going through.

“That’s something I’m very happy with because when you can get honest with yourself and you can [deal with] the thing you’re going through, whether it’s hard or you think that people are going to judge you, that’s the best music. I feel like a lot of people can’t say how they feel, and it’s up to us to kind of express that so that they can listen to it and go ‘this is what I needed to hear’. I think that’s something this record does very well.”

With this record so personal to Quinn, there’s a clear take away that he wants fans to have after listening to it: they aren’t alone.

“The name of the record, ‘How It Feels To Be Lost’ is a very real thought that happens with a lot of our fans and a lot of people in general. When you’re feeling depressed, or you’re feeling anxious, do you feel like you’re by yourself and you’re dealing with this by yourself?

“I think this message we’re trying to get across is that you’re not dealing with it by yourself and you have people, whether you know our band, speaking our songs to you or the people that are at shows that are like-minded with you. We want to build and keep continuing to build a positive community for people to come and feel accepted and feel like they can be themselves.”

Once ‘How It Feels To Be Lost’ is officially released into the world, the band’s 2019 plans will mainly be touring, but Quinn also has a future project idea on his mind…

“One thing that I thought would be cool, [is something that] one of my favourite bands [Linkin Park] has done. They put out that re-animation record where they got ‘Hybrid Theory’ and they took different spins on all those songs with guest vocalists. That’s something I’d love to do with this record, go and reapproach these songs, maybe have some of my friends lend their voice to those songs and change it up a bit.

“I don’t know when I’d have time to go into the studio to do that, but that’s something I’ve been thinking about doing for this record. It would be really cool.”

Taken from the September issue of Upset. Sleeping With Sirens’ album ‘How It Feels To Be Lost’ is out 6th September.