It’s a little after midday in Cincinnati, Ohio, and The Menzingers’ Greg Barnett thoughtfully explains down the phone line: “I lived here for the first three years of my life, but I don’t really remember it. It’s surreal coming back here to a place you have a connection to but don’t have a connection to.

“I walk around hoping to feel something special, but I’m like, ‘Nah, this is just like anywhere else’,” and it sounds like a Menzingers song that hasn’t yet been written.

The band are playing in Cincinnati as part of their summer US tour as they continue the relentless schedule that has taken them around the world following the release of ‘After The Party’ two and a half years ago. That album, the band’s fifth studio offering, took The Menzingers to new heights with the all-too-real struggle of punks trying to age with dignity to the soundtrack of some of their catchiest, well polished, tunes to date.

That album casts a big shadow as a defining moment in the life of The Menzingers and Greg is first to admit they weren’t sure where they were going to go next.

But ‘Hello Exile’ has them holding a mirror to themselves and looking deeper than ever before. Wrestling with the stinging heartbreak of ‘Strangers Forever’, lamenting political upheaval in ‘America (You’re Freaking Me Out)’ or describing how the hangovers only last longer the older you get in ‘I Can’t Stop Drinking’, this album has Greg Barnett’s mind under a microscope.

“There is a lot of isolation and love and loneliness that gets talked about throughout the album,” he explains. “And the word ‘exile’ is just so powerful to me; it’s pretty intense. We wanted [‘Hello Exile’] to have a double-sided meaning of acceptance towards that, and also the negative context of exile.

“I have this 2,000-page book about Napoleon on my nightstand – I read three pages and pass out immediately – and he was exiled twice, and that’s always stuck with me. A lot of those themes of feeling isolation, desperation and loneliness carry through in a lot of these songs and really did fit the overall work of the album.”

The similarities between the singer and Napoleon are pretty thin; don’t expect Greg to appear wearing one of those bicorn hats anytime soon. But, in his own way, he is leading The Menzingers revolution as they head into the unknown.

That revolution comes from the closure that came from ‘After The Party’ – the closure on their 20s, their struggles as a touring band, Greg’s own struggles – has given The Menzingers the freedom to explore their sound and look inwardly on its follow-up. 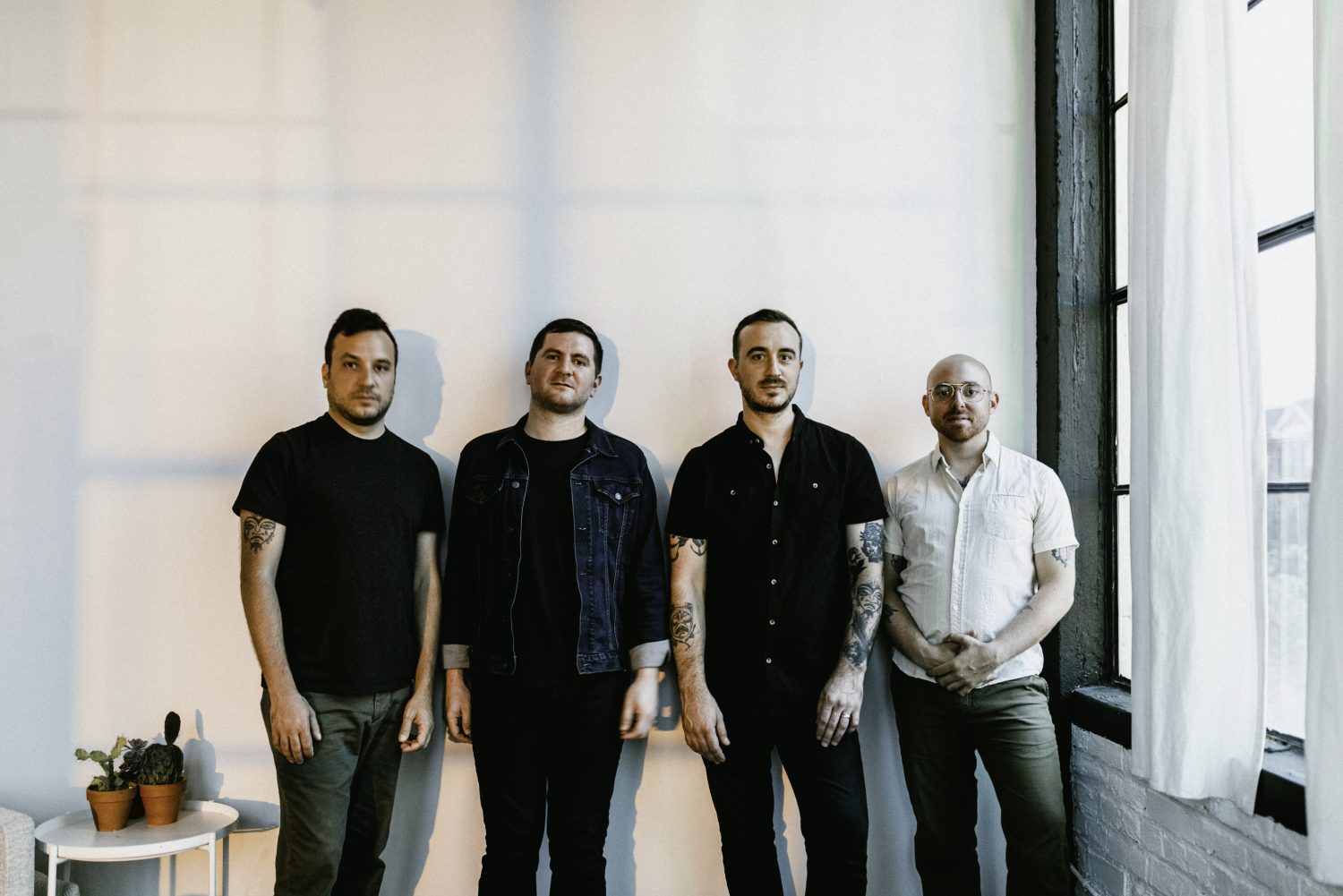 Musically, the shackles are off too with the band feeling less pressure to deliver the classic punk rock, high production, sing-a-long hits which decorated the last album and instead craft an album that is a snapshot of who The Menzingers are now; warts and all.

Greg explains: “The success that we got from ‘After The Party’ allowed us to experiment with ‘Hello Exile’ in a way that if it weren’t successful then we’d have been like, ‘Okay, we need to write a hit record, a bunch of singles, we need to do this’. But we really didn’t do that this time around. We want to write songs that we want to write regardless of if they could ever get on the radio or whatever.”

I mean, there is still the big, shimmering, summery bop of ‘Anna’ as the lead single but that itself is a departure sonically too. The changes are subtle, but they help create ‘Hello Exile’ as an album that is “pretty vibey” in the singers own words. A lot of that is down to the continued relationship with producer Will Yip.

“He has this ability to pull things out of us that we have never seen before, never heard, and we knew we wanted to sound different to ‘After The Party’ and we all went in with that context,” Greg claims.

“We knew we wanted the drums to have a big live booming sound; we wanted the guitars a little bit more subdued. We wanted the vocals to have some effects on them and really be present on top of the mix. Make it so that it’s a storytelling album and have sonically the instruments reflect that.”

One of the finest moments on ‘Hello Exile’ comes with all those production notes in force in the album’s opening track ‘America (You’re Freaking Me Out)’. Had it not been for summer jam ‘Anna’, and that they’re still working on “a pretty extensive plotline” for the music video for the track (which will see the band team up with Whitney McConnaughy who made the outstanding video for ‘I Don’t Wanna Be An Asshole Anymore’), it would have been the first single for the album, too.

“I’m a pretty tolerant person, but it gets to a point where I feel like I’ve just got to say something”
Greg Barnett

An anthem for disillusioned American’s everywhere, the opener doesn’t mince its words as Greg asks: “What kind of monsters did our parents vote for?”

“I rewrote the verses to that song about 100 times. I had so many different versions of it. I was so particular about exactly what I wanted to say. It’s very difficult to write overly political songs; they can come off a little cheesy sometimes.”

While it was one of the last lines to be written for the album and was potentially going to be polarising, it quickly became one of the singer’s favourites. He admits: “That line always meant a lot to me because there is such an insane disconnect with the people that you love between these generations. It’s insane to me how everybody knows people in their lives who vote against the interests of their children that they love, and it’s just surreal to me how that could happen.

“It’s very frustrating to live in a society where these things are allowed to happen. It felt very important to say something. I don’t have all the answers at all, but there was so much frustration for how fucking upset I am that right now to have to live through this.”

The Menzingers, over all six of their albums, have never shied away from including social commentary and politics into their music, but it isn’t what defines them either. “Politics is always personal, and I think it’s a part of all of us. It would feel wrong to not say something. I don’t think we’ve ever been a band that shove our beliefs down other people’s throats. I’m a pretty tolerant person, but it gets to a point where I feel like I’ve just got to say something.”

It’s not the only swipe at the world around us either with Tom May taking the lead on ‘Strawberry Mansion’ which takes aim at climate change.

They’re two, very current and very relevant, topics on ‘Hello Exile’ but the tracks which make up the backbone of this album have actually been kicking around for quite a while. Greg points out deeper cuts like ‘High School Friend’, ‘I Can’t Stop Drinking’, and closer ‘Farewell Youth’ as some of the first ideas for LP6 and the personal nature of each of them ultimately shaped the songwriting for the entire album.

He states: “There are always these songs that never get finished and sit on the back burner. I may show it to the band, and it’s like ‘that’s pretty cool, but the idea is not really formed out’.” 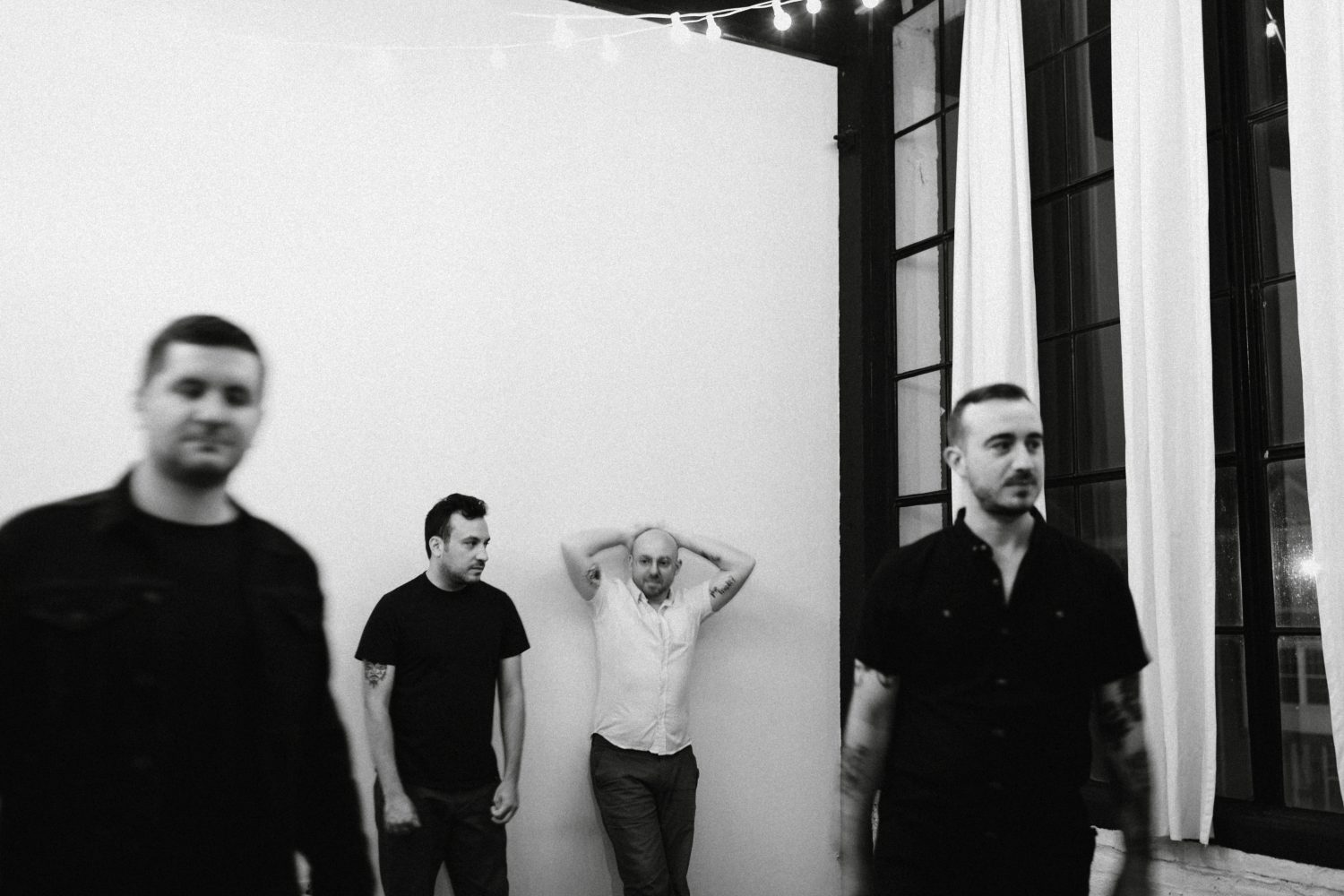 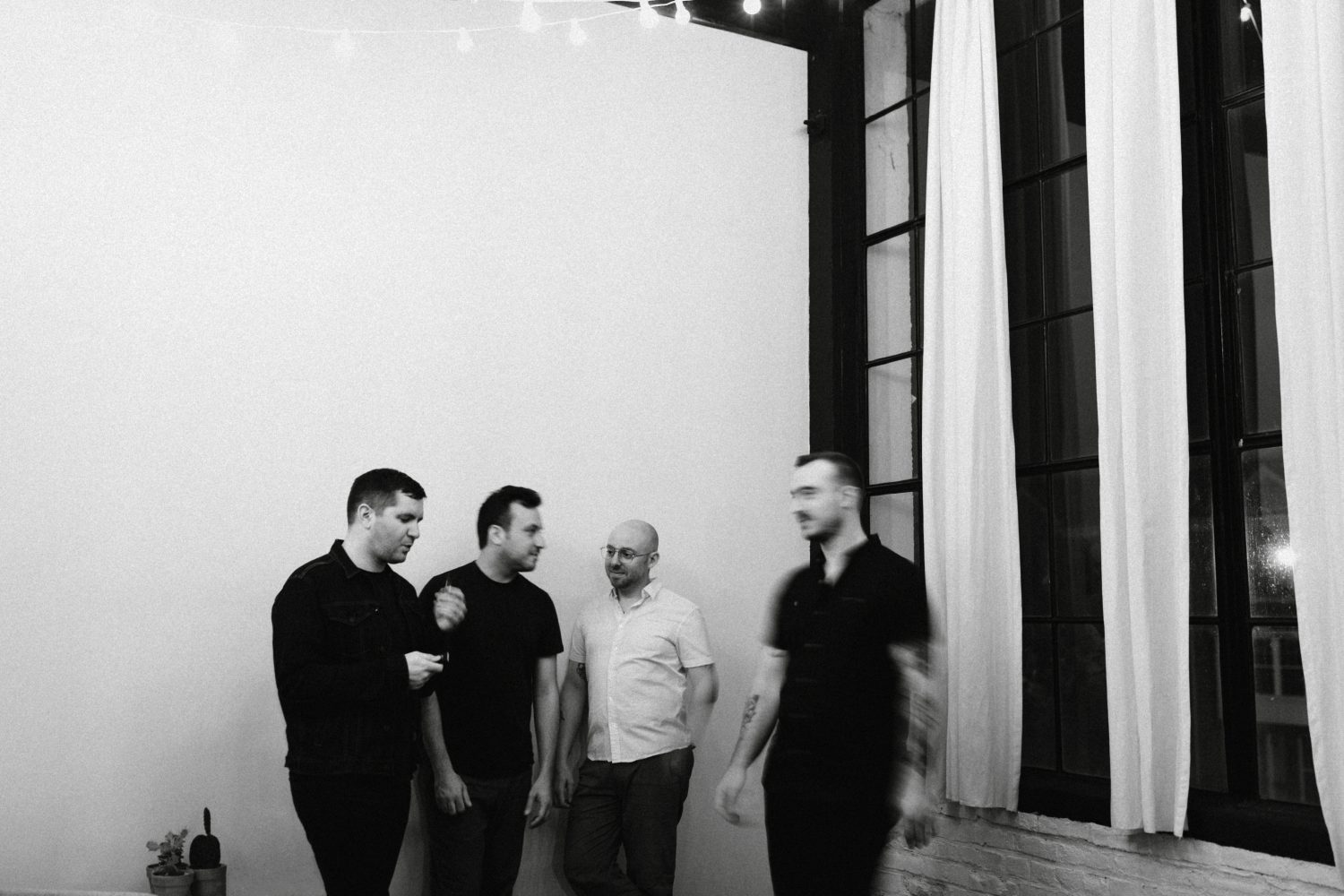 The album’s darkest point, ‘I Can’t Stop Drinking’, took a year to get fully realised but the thought of playing the song live and digging up those emotions comes with some trepidation for the singer.

“I feel like I have always reconciled in the past a lot of things and topics of what we sing about and then, by the time we’re ready to play them live, I’m like, ‘Okay, I’m ready to move on’, but these are pretty tough.

“I guess I’ve never felt afraid for my family to hear some of these songs,” he laughs. “I think about getting a phone call from my parents when they hear ‘I Can’t Stop Drinking’, that’s not going to be a fun one, but it is what is.”

While that track remains as one of the more introspective and intimate moments on the album, ‘High School Friend’, however, was transformed from its acoustic bare bones into an anthem for reminiscing about high school hi-jinx.

“I’m really really happy with those two songs in particular as they’re super personal to me. They mean a lot,” Greg reveals.

The Menzingers will bring ‘Hello Exile’ to the UK early next year and at the moment the plan for that tour has more questions than answers for how the band plan to fit an ever-growing list of “must play” songs into their set.

“We wanna play longer sets, but we’re already playing an hour 20 and by an hour 10 you look out in the crowd, and people are exhausted. We want to fit all these songs in, up the production, do everything but we gotta write these setlists in a way we don’t kill everyone in the crowd!” he jokes.

“People that come to the shows want to hear ‘The Obituaries’ every single time, and it makes sense; you’ve got to play the hits and things like that. But then again, you kinda want to play a few deeper cuts and a lot of the newer songs and tie everything in. I don’t know if we’ve necessarily figured that out yet, but this fall before the tour we are going to try to find a way to cram everything in and find the creative ways to do it all.”

Regardless of the plan for touring, when the album drops this October, it will be one of the stand out records of the year. There was no hangover from ‘After The Party’ but instead, the opportunity for The Menzingers to take all that made that album so special and turn that spotlight back onto themselves for one of their finest works yet.

The Menzingers’ album ‘Hello Exile’ is out 4th October.