In April 2018, chatting to Upset backstage at London’s Koko, Waterparks frontman Awsten Knight distilled the band’s sound down to being trojan horses; dressing up “all the sad shit” with “fucking pop-rock/electronic banger pop.”

And it would seem that for their third album ‘Fandom’, “God’s favourite fucking boy band” have taken this to the next level.

The first glimpse into what ‘Fandom’ would encompass came from ‘Turbulent’ earlier this year. With a biting chorus cemented in the gloriously affronting “I’d un-fuck you if I could” – it seemed that Awsten had found not only a new, unharnessed energy, but he had a lot to say with it.

Which is why we’ve got him on the phone; however, it’s a far more subdued Awsten than Upset are used to. He’s pre-morning coffee, but ready to divulge the ins and outs of everything that’s led to ‘Fandom’, and all its cutting words.

The more he unfurls, the more he’s seemingly flicking a lighter intending to burn the words ‘Fandom’ to the ground. Awsten has had enough.

It’s easy to see why when you consider his past couple of years. He’s been through the wringer after a breakup – “I don’t wanna be dramatic, but [it was] traumatic,” he says openly – but this all went down while finding himself locked firmly in the perpetual television that is The Internet.

“The constant input of people talking about things they had no knowledge of, or ideas or anything. It’s just such a suffocating feeling.

“So [on] the album, there’s a lot of that. It’s basically everything I’ve been dealing with, but while feeling like I’m constantly being watched, or judged, or whatever, by the internet, or by the fandom, do you know what I mean?”

That’s not to mention the constant barrage of commentary and opinion that understandably had ground him down. In his most honest form, he describes his view of the fandom itself as “Eh, it’s not a good thing,” with a deep sigh. 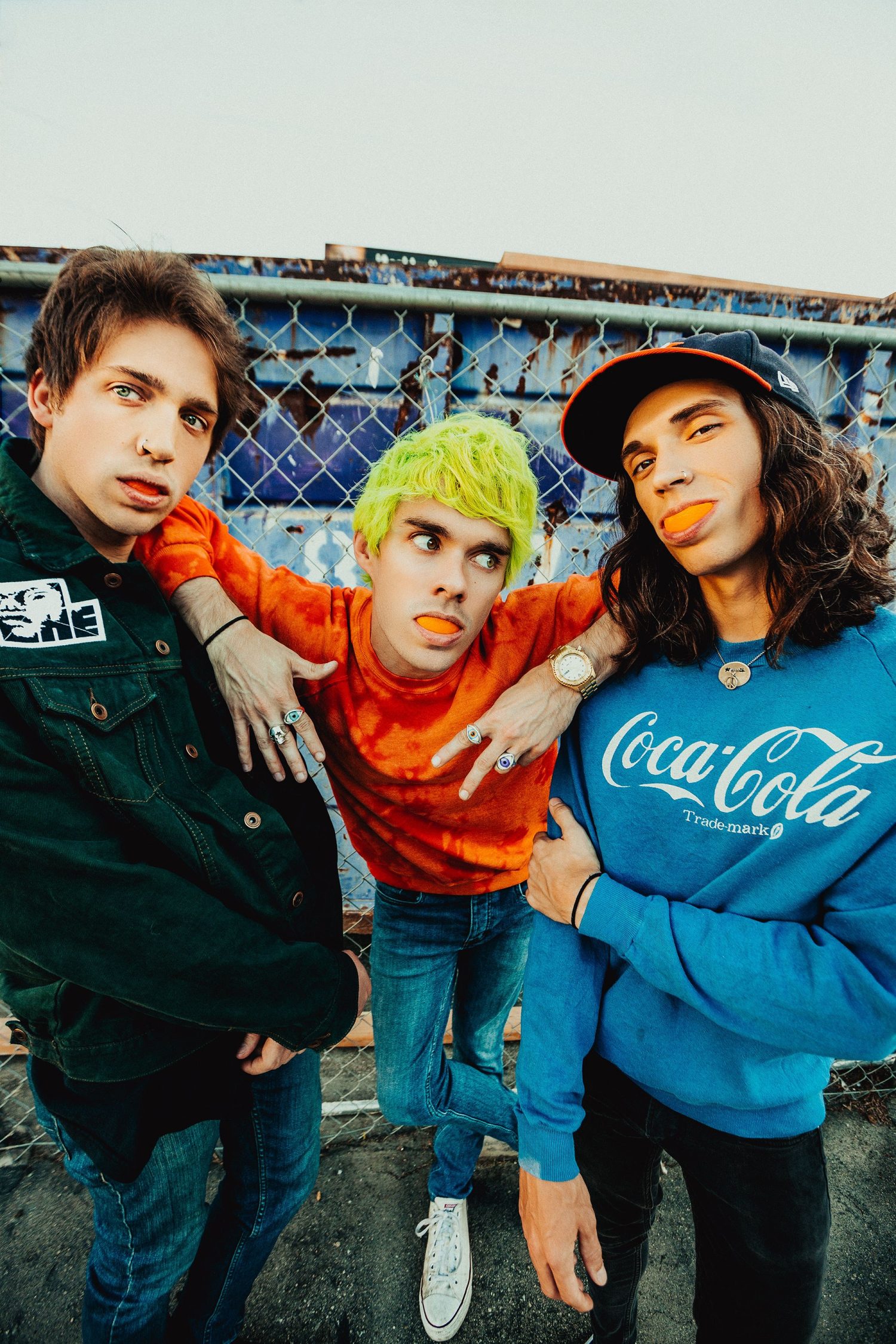 The social distortion that comes from being surrounded, constantly, by people who’re ready to lift you up, and, just as swiftly, knock you down can be brutal. Reality confuses itself.

“I don’t feed off it in a good way. I don’t like any input because it’s just not natural, and I don’t think anybody should experience that.”

It’s a lot for anyone to go through; divulging further, he says: “I can’t have it, even if it’s good. I don’t like logging on and seeing a ton of good things because it’s not healthy. It doesn’t make sense, and it’s not real.

“If I put down my phone, that all goes away. I definitely hear it from both sides pretty often, and honestly after months and months – or years – of that, even if the effects are slow, I still think it can be very damaging.”

“Am I the boy you dream of, living in your subconscious?” is a question Awsten asks during ‘Dream Boy’; “Can you follow back because it’s my birthday?” he mimicks in ‘I Miss Having Sex…’ The level of fandom that Waterparks are attracting means queues hours before shows start, people vying for their attention, and it’s come with the realisation that there now exists many perceived versions of who Awsten is.

It’s why he turns to Waterparks’ music to work through this frustration. But while voicing his feelings – both towards the fandom and his past relationship – certainly delivers a few locked and loaded words, instead of lighting a fury filled musical fire below them, they’ve opted for their most explorative sound yet.

“Every song is so different and unique from each other,” Awsten explains. “More than anything we’ve done before, I’m [so] optimistic about it. I guess I can’t expect everyone to have the same vision that I do; I just hope they like it.”

“I go high school writer for a second,” he says, referring to the line “I said I love you to death, so I must be dead” from final track ‘I Felt Younger When We Met’. “But yeah, I’m excited to have things that are so sonically different thematically tie in with each other.”

As each Waterparks album progresses, it would seem that Awsten’s confidence with facing his problems head-on is growing, even if it leads to unforeseen consequences in the real world. “Writing it may have made me more reserved in real life,” he reflects.

“Whenever I look at it, I’m like Jesus Christ; this is heavy shit. Oh my god, this is what this thing can make you feel, whether it’s a relationship, or a fan thing, whatever – the internet. If I step back and look at the lyrics, I’m like, this stuff affects you so much, oh my god. And naturally when you’re like ‘this affects me way too much’, you kind of pull back, so maybe it’s made me more reserved.”

Does he remember the first time the spotlight began to snapback at Waterparks?

“Let’s see…” he pauses. “Hmm, I’d say groups have always gotten mad at random shit here and there. I remember when we first started headlining people got mad, I don’t know why – people were just pissed about that. Man, honestly everything. Some people are always mad about some shit. It’s never coming from a malicious place, but I think people are just bored.”

No matter what, the world of Waterparks, now fuelled by ‘Fandom’, is going to keep on spinning, so the issues he vehemently spits about are going nowhere. Is he ready for that?

It might be the subdued, caffeine-starved nature in his voice, but it all feels real for a moment.

“We’ll probably do another album after this, and depending on how I feel… no, you know what, here’s whassup,” he jumps back into life for his self-serving wisdom. “We won’t quit, but I’ll probably have to be off the internet more.”

Taken from the November issue of Upset. Waterparks’ album ‘Fandom’ is out now.

PVRIS hit London’s Eventim Apollo, and it looked like this