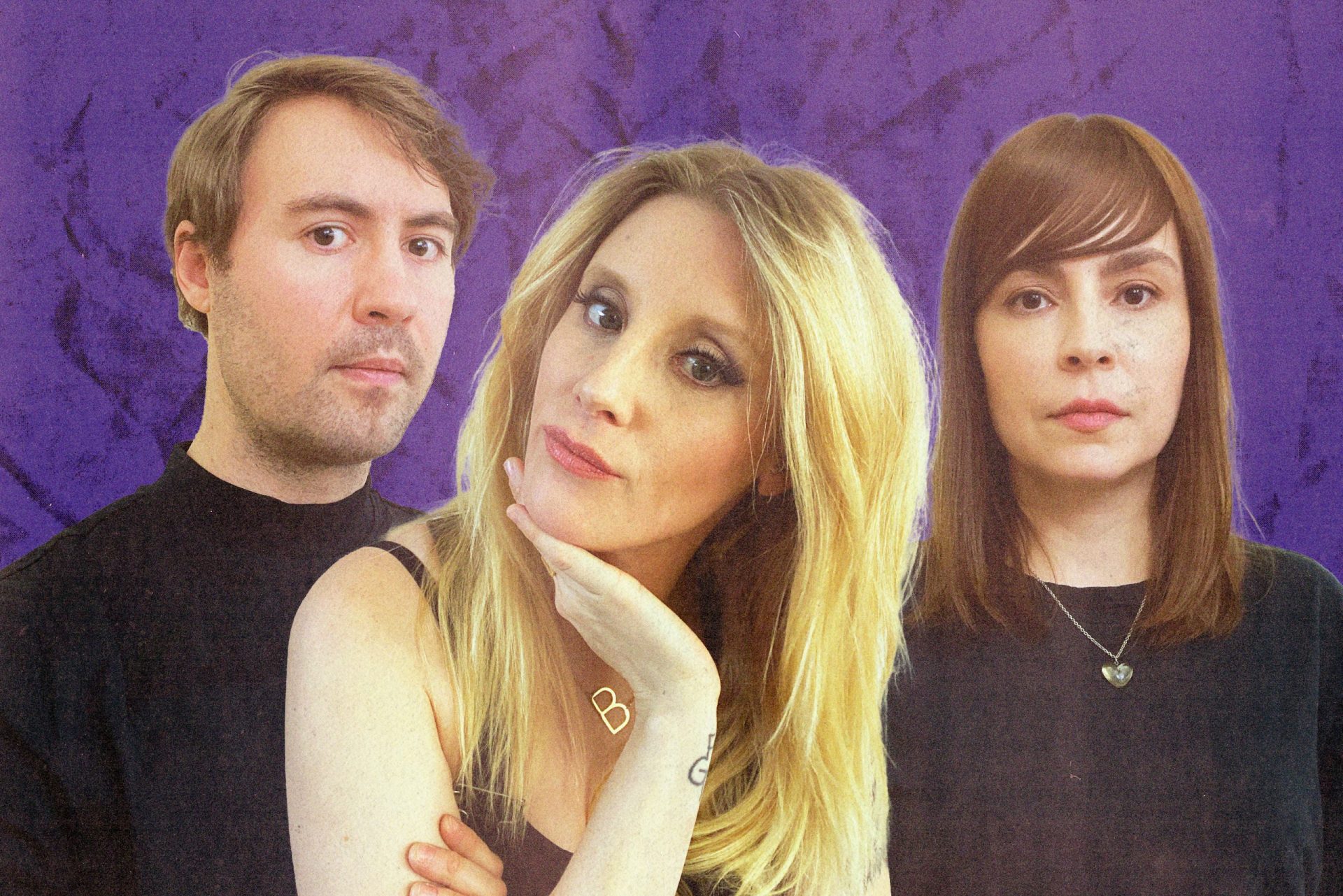 White Lung: “Motherhood has helped me be way less nihilistic about the world”

After an exhilarating, often chaotic decade and a half together, Canadian punk trio White Lung are about to release their fifth and final album, and, of course, they’re going out with an almighty bang. Despite emerging at the end of a very grown-up, transformative period for the band, ‘Premonition’ doesn’t compromise any of the ferocity and feral energy that White Lung have wielded throughout their career.

It’s been a long road to get to this goodbye: when White Lung returned to Vancouver to record the follow-up to 2016’s hugely acclaimed ‘Paradise,’ they had no idea of the circumstances to come that would lead to an unintentional five-year hiatus.

With her first baby due around the time of the fifth album’s planned release date, White Lung decided to postpone the release until 2020. “Well, what happened in 2020?” asks Mish. “The world stopped!”

Throughout the progression of her pregnancy, Mish continued to travel to Vancouver while she was still able, feeling comfortable enough to continue recording with the band’s long-time producer Jesse Gander. “I was going through all these massive changes in my body and my psyche and my spirituality because I’m prepping to become a mother, and I’d lived a pretty wild life up to that point.”

Knowing she was about to leave her previous turbulent lifestyle behind; the endless touring, the lack of any stability and the cigarettes and whiskey she used as a crutch when recording (“I’d never recorded sober before,” she confesses), actually came as a huge relief to Mish, changing the whole dynamic when it came to her songwriting. Having only written three songs for the album before entering the studio, the whole trajectory of the record changed.

“Before that point, I really didn’t know what the album was going to be; I’d been really struggling lyrically. I realised retrospectively that I’d been carrying around this severe unhappiness and that there had been this huge hole in my life, and I just really wanted to be a mother, but I was still living this insane lifestyle. Once I discovered I was pregnant, the whole direction of the album became about that. It felt very different to write an album knowing I was embarking on this huge change that would be permanent.”

Having to go through the whole process sober was a challenge, Mish acknowledges, as she was forced to reflect upon herself in a bold way. “I second guess myself a lot and self-criticise: liquor was always a way to shut up those voices and just write and not really think.” On previous records, Mish had used storytelling as a way to hide behind her feelings, confronting the issues through someone else’s narrative, and sometimes those narratives were dark. Take the frenetic ‘Sister’ from previous record ‘Paradise’ for example, where Mish sings from the viewpoint of Canadian serial killer Karla Homolka, who murdered three young women with her husband, including her own younger sister.

In stark contrast to such violence, ‘Premonition”s lyrics are all focused through the lens of motherhood. “I was speaking through a lot of characters on ‘Paradise’, hiding behind a lot of metaphors, and I realised I was wrestling with my own unhappiness rather than confronting it.” Such a huge change in circumstances forced Mish to confront her demons, writing more directly than she ever had before. “I decided I was just going to say what I wanted, and I didn’t care what anyone thought,” she states defiantly. “Though it’s probably boring – no one cares about moms,” she laughs.

Sure, motherhood and pregnancy are not the typical subjects you would associate with punk rock, but the motherhood of ‘Premonition’ is primal and raw, and if anything, this new perspective has only served to strengthen White Lung’s whirlwind energy. It feels even more urgent and passionate, with pummelling drums courtesy of Anne-Marie Vassi and knife-edge guitar riffs from Kenneth William threatening to explode at any moment.

There’s always been a nihilistic quality to Mish’s songwriting, and it’s still present in places, particularly ‘Date Night’, where she imagines herself on a date with God, who is drunk-driving in a Cadillac as they leave behind a burning LA. Even though this is one of the few tracks written before she discovered her pregnancy, Mish points out that it presciently explores the album’s overarching theme of leaving an old life behind.

“Motherhood has helped me be way less nihilistic about the world, way more forgiving about my circumstances, and way more open-minded and accepting of the daily changes that life brings. I think I spent a lot of time in my touring years being in such chaos, but trying to control it and being a very angry person. That’s not a very healthy place to be; it’s not sustainable.

In fact, you could say that alongside becoming a mother, another of the driving influences behind ‘Premonition’ is a sense of Mish’s own rebirth. It feels fitting that at the end of White Lung’s life as a band, she has been able to confront and come to terms with her own past: the conclusion of a natural story arc.

“When I was in my twenties, I was a complete and absolute wreck. I had no spiritual compass; I was very self-centred and very angry. Because I’ve been in a band and done a lot of press, I can Google and read an interview with myself when I was 27,” she cringes. “I look at it and think ‘Oh my God, that person is a disaster!’ I used music as a place to throw it all out there and drugs and alcohol to mute those feelings because they were so overwhelming.

“But I think everything happened exactly as it should, and I’m grateful for that, but man, I was so wild and self-destructive. I’m in that period of self-reflection where I understand that I had to go through that to appreciate the growth and to understand that it’s never too late to make amends with yourself or with other people. So absolutely no regrets, none.”

As with her personal journey, there are no regrets or unfinished business when it comes to White Lung. There was no drama or event, stresses Mish; it just felt that the world had made the decision for them, with the pause during the pandemic allowing them to comfortably fall back into their individual lives and own careers outside of the band. They hope to play some goodbye shows, but as Mish points out, having not played live together since 2017 and having not played the new tracks in a room together yet, it will require a lot of practice. “I think we’ll probably try and do it, but I’m trying to be less of a control freak and just leaving things up to the universe instead of trying to force them.”

As for the future, Mish is more than happy to leave behind the punk-rock lifestyle and be a stay-at-home mom for now. Her husband was also in a band, and their house is full of instruments and music, so what happens if her kids decide they want to be in a band too?

“When music became a career, at least for me, I put so much pressure on myself that I kind of forgot about the joy it made me feel, but music is such a beautiful thing. I can’t wait to play music with my children, and then if they want to be in a band later, then great, I’ll give them some hot tips for the road. I’d be supportive of them, but hey, don’t think I don’t know what goes on!”

Taken from the December 2022 / January 2023 issue of Upset. White Lung’s album ‘Premonition’ is out 2nd December.