Ever since their beginnings back in the hazy early ‘10s, You Me At Six have dug their heels into doing whatever they want – and the Surrey five-piece are here still with gritted teeth, determination and experimentation, just for the love of music.

“We’re not trying to steer clear of the past in a negative way,” frontman Josh Franceschi explains of their ever-expanding sound, particularly on seventh outing ‘SUCKAPUNCH’. “It’s more just that we don’t want to repeat ourselves. We see that as a healthy challenge.”

And You Me At Six are more than up for the challenge. They’re ready to carry on proving they can be more than just ‘that band MySpace pop-punk band’; they’re in this for the long haul. Referring to the new, wider-genre reaching sounds like a “cross-pollination”, Josh recognises the band want to ensure that they “have our place in that”.

After going through simultaneous romantic breakups, and then relocating to Thailand to record ‘SUCKAPUNCH’ (“everybody wanted to get out of London, and England in particular”), the resulting collection of songs is You Me At Six as you’ve never heard them before. Well, almost.

“I think fundamentally you have to keep it interesting for your audience, you know, old and new,” Josh says. “Sometimes you can shake a stigma that surrounds your music and your band and just try and do something different.”

That difference comes in the form of similarly biting guitars, while Josh’s vocals are snarling and finding vicious new temperaments still housing that same melodic deliverance. But it’s the ready mix of electronic elements – beats that thunder and pulsate, even occasionally smoothing proceedings – that give ‘SUCKAPUNCH’ a bang up-to-date edge without feeling too trite, and just like its title, delivering a swift one-two to naysayers of this band of mainstays.

“We had to figure out what You Me At Six was going to mean, not just to us, but to people who listened to the band in 2020, and now 2021,” he says. “It was something we were quite open about – the desire and the reasoning for keep making music, as it were, other than the fact that we love each other, and we love making music together. What would be the purpose and the point in putting out You Me At Six music?”

It’s not as if You Me At Six haven’t been making edges toward challenging expectations. Over the years they’ve expanded from their Americanised pop-punk beginnings, into bonafide penners of fully-charged rock sounds, and dabbling in collaborations with a pre-mainstream Bring Me The Horizon, and even 00s rap one-and-done wonder Chiddy Bang. “Our label were like ‘are you sure you really want to be doing that?’” Josh says of the latter. “But we didn’t second guess what we were doing.”

Ever the keen one to give an understanding of what they’ve been through, Josh describes the years of You Me At Six building to this point as: “There’s not too much that anybody can say to us that we haven’t heard already. When it comes to making music now, we’re not really in a position where you feel too disturbed by any sort of outside influence.”

“I think it’s important to know where you’ve been to kind of have an understanding about where you can go as well,” Josh considers of he and the band’s outlook. “I always enjoy that process and in respecting that nothing’s changed about You Me At Six. There’s a lot of similarities to me as a lyricist from when I was 16 and writing the songs, and to now – the way I am and how I feel.”

Given he and the rest of the band are now in their thirties, they’ve all grown as You Me At Six figuratively and literally. Josh reckons he can “see the evolution” but recognises that “to some people, we’re always going to be one thing.”

“Then there are new people that are discovering the band now,” he says. “I think rock music as a whole is in a really interesting place where the whole idea, and the things that we used to go through as a band when it came to putting music together; how you’ve got to stay in your lane and if you’re part of that scene that’s your band sort of thing.” 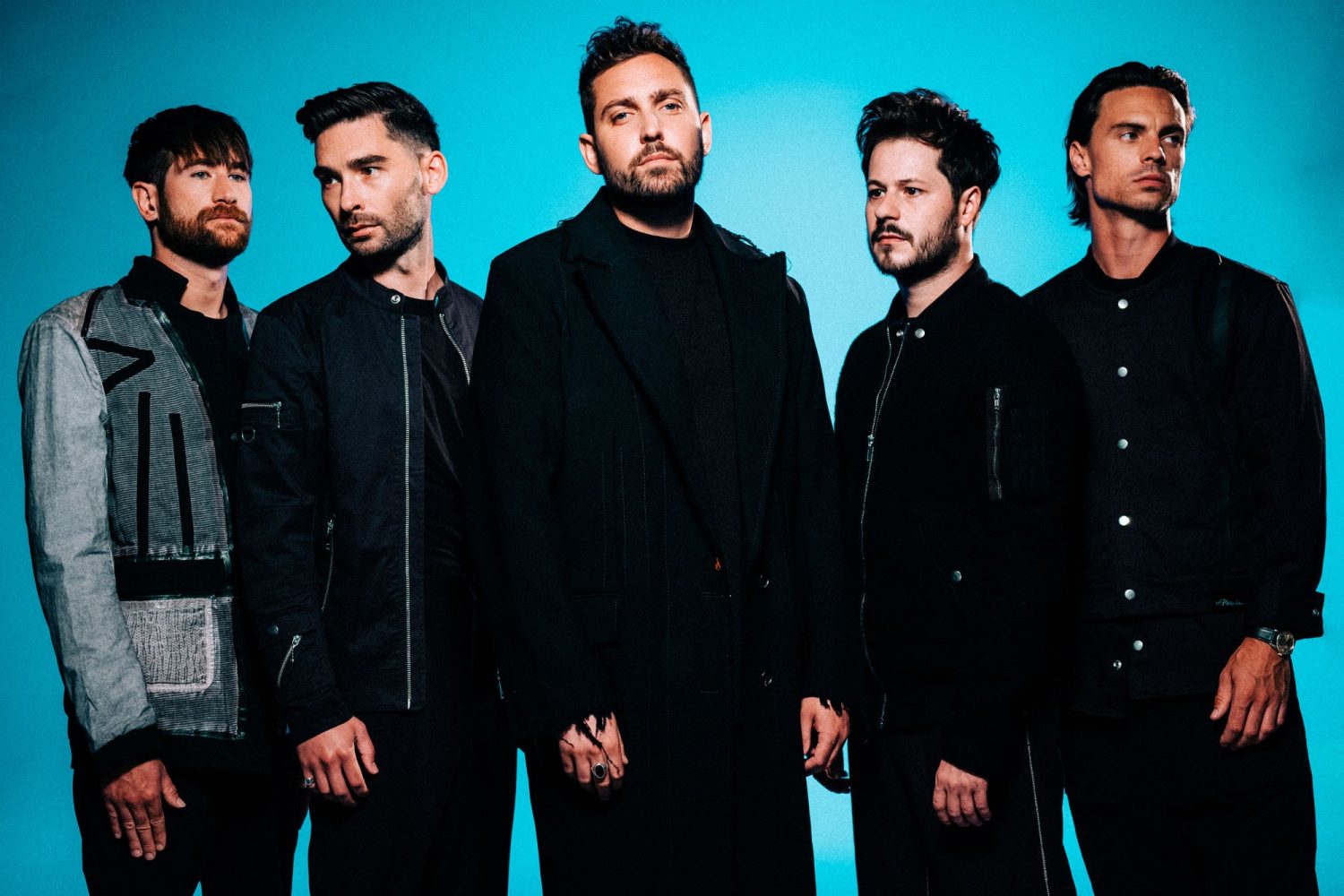 The tribalistic aspect of music has certainly caved in as the internet has taken hold and burst open the doors to genre expectation and understanding.

“You’ve just got to look at what some of the younger generations as they’re coming through now,” Josh says. “I think it’s creating an environment in which there’s a tribal cross-pollination between different genres, different themes and different kinds of cultures within the music, and I just think that’s a really exciting thing to be part of.”

Even the flack You Me At Six received in their early days for daring to look to heavier or even completely different genres has helped them grow to the point of being fearless in touching new territory.

“When we collaborated with Bring Me The Horizon on by ‘Bite My Tongue’ – at the time, Bring Me weren’t the band they are now, they were still very much solidified in a metal/hardcore scene – and us collaborating with them or Winston [McCall] from Parkway Drive… I remember when Your Demise had me sing on one of their songs. The way that their fans reacted… a lot of them were like, ‘What the fuck are you lot doing, why have you got baby voice in You Me At Six singing on your record – he’s in a pop-punk-emo-pop-rock band!?’”

But ever the stringent optimist Josh declares: “We’ve never really been transfixed on what others are needing from us. It’s more about what we need from ourselves.”

It all boils down to being fearless. He mentions the “MySpace generation”, of which You Me At Six, along with Enter Shikari and Bring Me, according to Josh, are some of the few still around. “[It’s] because we’ve all had an appreciation of good music and haven’t worried too much about what would be expected from our quote-unquote ‘lane’.

And that’s what You Me At Six are trying to do with ‘SUCKAPUNCH’ – they’re celebrating. Not just their music, but that which they also love and seek solace or escapism in. The next chapter beckons, no matter what came before.

“Every step of our journey has been necessary – the good and the bad.” Josh summarises. “I always find the question of ‘what would you do differently if you could go back in time’, a really interesting one, whether it be personally, in my life, or with the band. I’m always saying nothing because everything that’s happened has happened for a reason.”

“The fact is, everything we’ve done has led to this position we’re in now. I’m sure that things that happened 10 years ago without knowing the reason are why we are who we are and where we’re at right now.”

You Me At Six’s album ‘SUCKAPUNCH’ is out now.