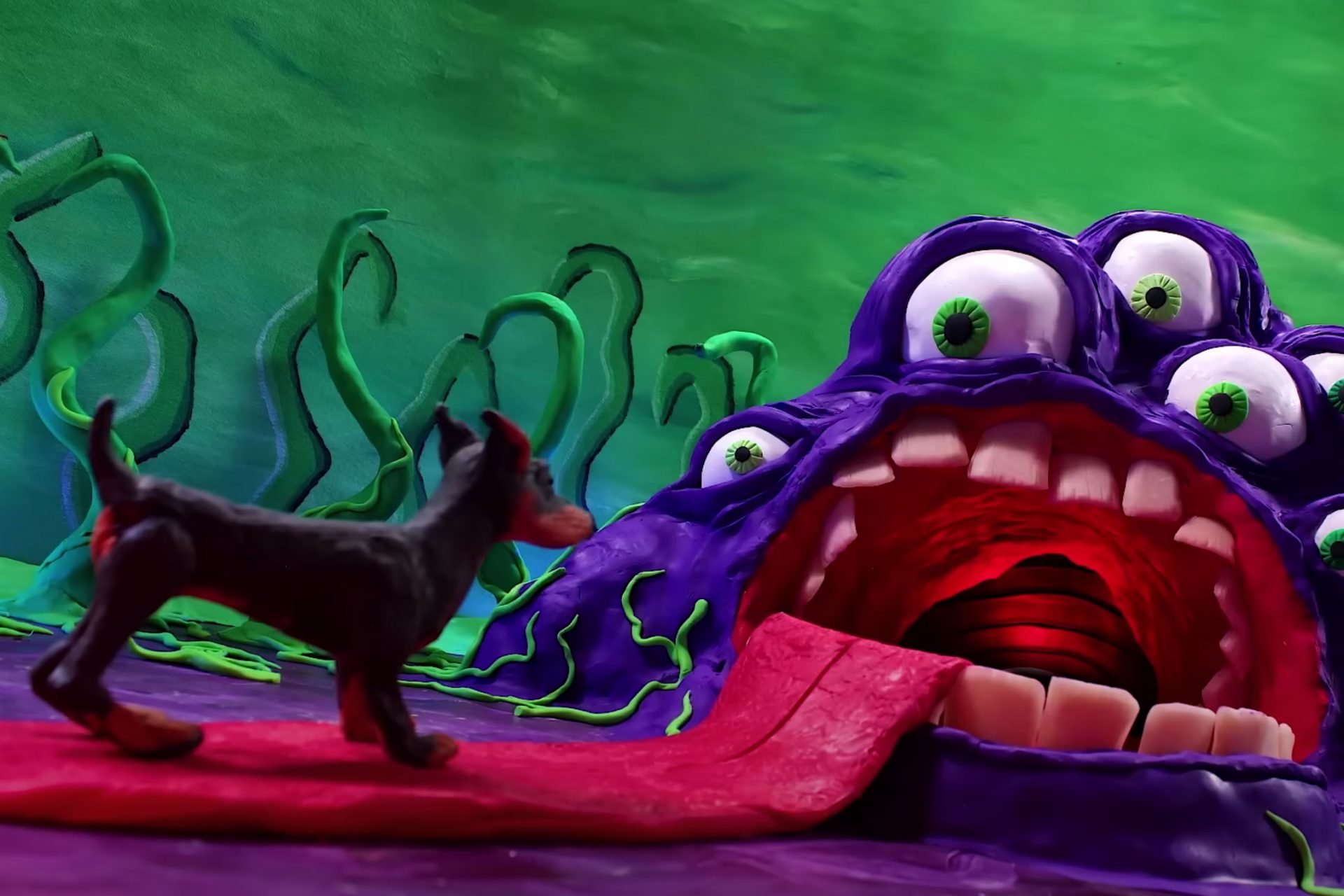 Fall Out Boy have ramped up the anticipation for new material with the release of a new video, ‘A Claymation Fall Out Boy Celebration’.

The two-minute short, animated by Mr. Oz (best known for his work on Marvel’s ‘Venomverse’), follows a curious dog as they enter a mysterious lair and uncover a hint at Fall Out Boy’s upcoming single.

The band first began teasing the return of their upcoming new material just under a month ago, when they took out a full-page ad in the Chicago Tribune to plug a new logo, “FOB 8” and the mysterious phrase, “If you build it, they will come.” Fans were then sent cryptic postcards with the title ‘Pink Seashell Beach’, followed by the launch of a website – “sending my love from pink seashell beach” – with visuals of a pink seashell etched with the phrase, “The answers are inside of this.”

The website led to another website, dubbed “sending my love from the other side”, which asked fans to “RSVP to the other side”. Visitors who responded were met with a form to send off their name, email and physical address. A header on the site reads, “Welcome to the other side of the apocalypse,” and clicking on the “O” in “other” revealed the new FOB logo (donning a Santa hat).

The new claymation video and websites seem to suggest that Fall Out Boy is planning something big for their next album, their eighth overall. Back in September, guitarist Joe Trohman revealed that the band had been working on some new “guitar-based” material, which is thought to be part of the new album. He said that the material was “unfortunately put on the backburner”, but the new claymation video and websites suggest that Fall Out Boy is ready to bring the music to the forefront.

‘A Claymation Fall Out Boy Celebration’ follows a trio of stars that descend from the night sky and into a backyard, where they sprinkle a glittering powder onto a dog. The dog then gets snatched away by an octopus-like alien creature, and is taken to its lair.

There, the dog is swallowed by a purple blob, and in its stomach is met by a cohort of glowing neon hands, who seem to vomit upon seeing it. But a kind-hearted hand takes the dog to a mural that depicts the dog as some kind of mythical deity. The wall slides open to reveal a tropical oasis, and a new cast of trippy alien figures emerge. One alien turns into a door, and the dog is shoved through it.

The dog winds up in another backyard, and a man appears to be grilling steaks. Suddenly, the man turns round, reveals he’s made of a whole load of screaming faces, and what seems to be the opening chords of a new Fall Out Boy song can be heard.

You can check out the new video below.