Gender Roles have announced a new tour for winter.

The lengthy run kicks off on 21st October, with shows up and down the country, including a night at London’s Shacklewell Arms.

It’s both in support of their debut album ‘PRANG’, out now via Big Scary Monsters, and also to debut new material from album two.

Check out the details on the poster below. 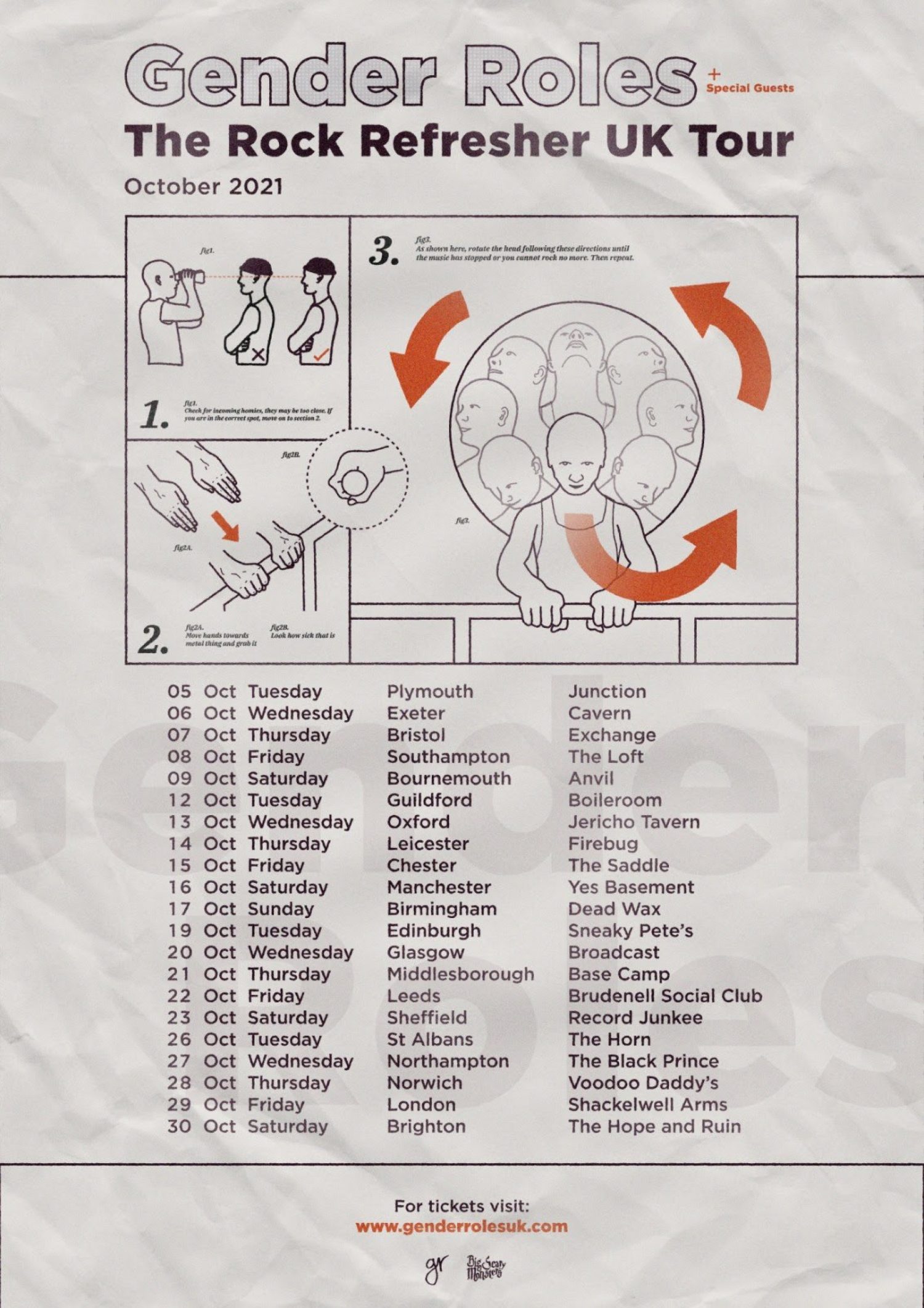