Idles are set to headline this year’s 2000trees festival, topping the bill on the Saturday night.

They’re part of a new batch of names being announced for next year’s event, set to take place between 6th and 9th July.

“2000trees were one of the first festivals to book us way back in 2015 before we even had an album out,” IDLES’ Mark Bowen says. “They always support new music and bring something fresh to their audiences, giving opportunities for artists to reach their audience. To give us the opportunity to return as headliners, as a bigger, better and more gnarlier beast is an absolute privilege.”

That’s in addition to already announced main stage headliners JIMMY EAT WORLD and THRICE, as well as The Amazons, Dinosaur Pile Up, Knocked Loose, Laura Jane Grace, The Get Up Kids, Anti-Flag, Lonely the Brave, Stick To Your Guns, Deez Nuts and No Devotion. 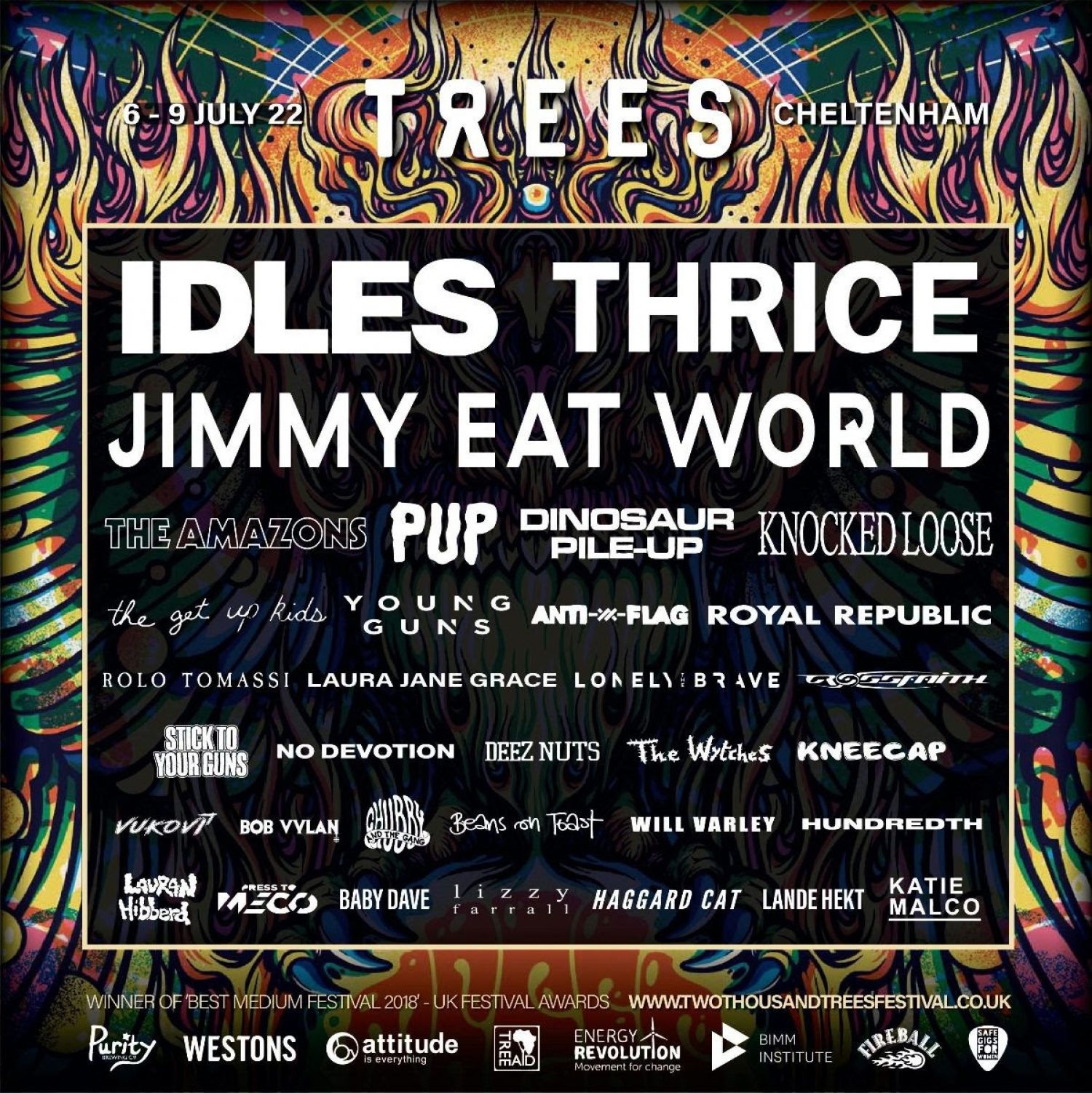